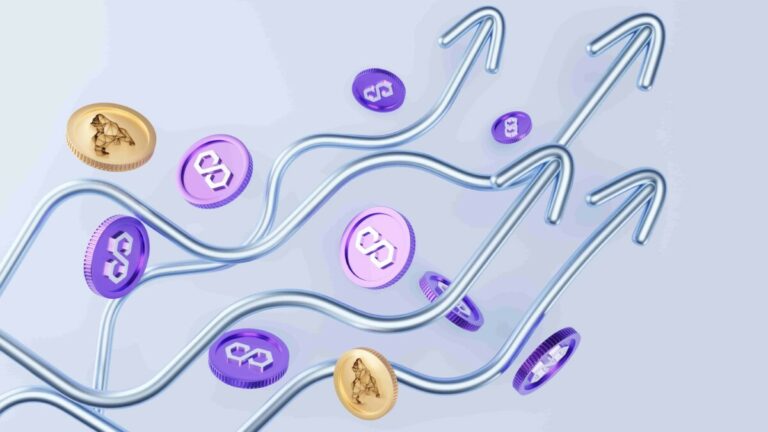 Between June and August 2022, the crypto winter was at its coldest. Crypto exchanges and companies were laying off employees en masse. We also wrote about five major crypto firms that bit the dust in the year’s first half. However, in the middle of this destruction, Polygon, a layer 2 sidechain company from India, hired 50 people for senior positions across categories. It also announced that it hired former Meta and Microsoft marketer Jennifer Kattula to lead its marketing initiatives. Jennifer spent 11 years at Facebook as their Global Head of Platforms Marketing.

This 5-year-old Indian startup, set up as the Matic Network, has been making heads turn regularly. Its scale-up is impressive, and it boasts some of the biggest brands in the world among its customers. Today, it has around 37,000 dApps (digital apps that employ blockchain to keep users’ data out of organizations’ hands, thus taking power away from companies) running on its platform.

Why Polygon is a Bright Spot in this Crypto Winter

Why are so many apps on its platform? Because Polygon has lesser gas fees (the payments individuals make to complete a transaction on a blockchain), it works on the Ethereum network, and the company offers much better customer service than its competitors. Small wonder then that it counts the likes of Disney, Adidas, Mercedes Benz, and eBay among its customers.

Polygon is also a significant provider of blockchain services to different state governments in India. While the country’s government is not a fan of cryptocurrency, Indian states are more than happy to boost blockchain. Polygon works with three of India’s wealthiest states: Maharashtra, Karnataka, and Telangana, on various Web3 projects and blockchain education.

Outside the country, Polygon is working with the Swiss city Lugano to “…allow citizens and companies to use Bitcoin, Tether, and the city’s own LVGA stablecoin to pay their annual taxes, parking tickets, public services, and student tuition fees….” The company said, “Polygon is joining the effort as an infrastructure partner, offering the rails on which the stablecoins will run.”

In this video, Meta Founder Mark Zuckerberg said Polygon would power Instagram’s NFT (Non-fungible Token) push. Next on the cards is Facebook and then other Meta products down the line.

How did a startup from India get so prominent in the crypto space? The founders of Polygon are Sandeep Nailwal, Jaynti D Kanani, and Anurag Arjun. They don’t have degrees from prestigious colleges, either tech or B-schools.

Kanani’s father was a diamond factory worker who took loans to put his son through college. His ambition was to get a job and pay off his father’s debt. His first tech job after college paid him Rs. 6,000 ($75) a month. He then moved jobs to Housing.com, an online real estate company.

He used to play Cryptokitties, a video game on Ethereum, and noticed the congestion on the network as millions of users bought and sold digital assets. In this interview, he said, “And whenever you try to deploy anything on Ethereum, you need scalability; otherwise, you will be paying a huge amount of cash as a fee, and you will be waiting for a few minutes to confirm your transaction.”

He knew Nailwal from a joint crypto community group, and Arjun worked out of the same co-working space. He pitched the idea to the duo, and the three of them got together to build Polygon in early 2018.

Crypto was early into a two-year bull run, and Polygon made the most of it. Mihailo Bjelic, the fourth co-founder, joined the company in December 2020.

Kanani recognized that layer 1 blockchains like Ethereum and Bitcoin face problems when they have to scale up. A layer 1 blockchain is the base level of blockchain architecture. However, when these systems scale up and become highly decentralized, output drops horribly. They become progressively more expensive and time-consuming. Ethereum, for instance, requires miners to compete and generate new blocks sucking up a lot of power and time.

Matic’s 2020 whitepaper illustrates this better, “Smart contract platforms and cryptocurrencies have captured mass attention, but still have not been able to achieve mass adoption due to scalability and user experience issues. Even on Ethereum, the most widely used smart contracts platform, there have not been many examples of dApps (decentralized apps) that have seen mass adoption.”

Polygon claims to offer 65,000 transactions per second (TPS) compared to Ethereum’s 15. Now, Polygon has also launched Polygon Zero Knowledge Proof (ZKP). As the company puts it, “Zero Knowledge proofs are a way to prove that you know something, without revealing what you know or how. In a cryptographic setup, this means that someone needs to prove they know something (prover) and someone else needs to verify that it’s true (verifier).”

With so many arrows in its quiver, it’s no surprise that Polygon is well funded. Billionaire Mark Cuban was one of the most prominent backers in May 2021 when he invested in the company.

Meanwhile, Polygon has set up the Polygon Ecosystem Fund, infusing $100 million in it, and is dedicated to Web3 application.s

A big question Polygon has to address is its TPS speed. While 65,000 sounds impressive, Ethereum is soon switching to the PoS (proof of stake) model with a TPS of 100,000. Azure from Microsoft has already recorded 100,000 TPS.

The crypto winter could continue for a few more months or even over a year. Many companies in this space will cease to exist, but if you want to bet on one that would likely outlast the winter, Polygon is a good option.