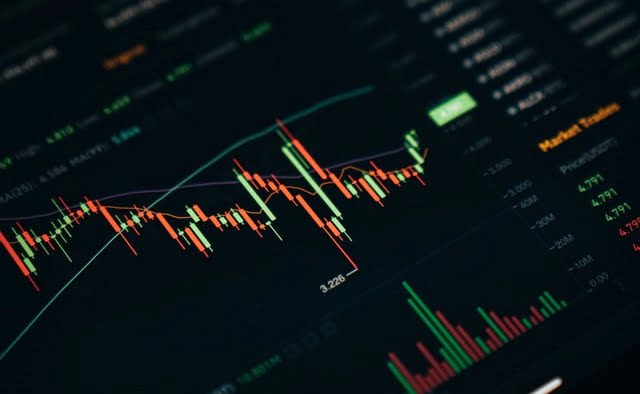 Since the Russian invasion of Ukraine, there has been quite some development in the valuation of Cosmos (ATOM). Though it has witnessed a fall in its value, it is trading above $27 which is considerably higher than the lows it had reached by the end of last month. Some investors are quite bullish on ATOM due to certain developments like the listing of the Cosmos (ATOM) token on a spot market basis and the range of interesting partnerships of the company. However, ATOM’s value is far away from its all-time high of $44.7. Can ATOM again get to experience that height once again?

Future of Cosmos (ATOM): What Is it and What Drives its Growth?

ATOM is one of the top 20 cryptocurrencies in terms of market capitalization. It is a token of Cosmos, a decentralized network of autonomous parallel blockchains having high levels of scalability and interoperability. The purpose of Cosmos is to promote collaboration between blockchains by enabling them to interact and transact autonomously with each other. Notably, many blockchain projects use Cosmos SDK these days resulting from which the value locked in it is now one of the highest ones in the entire industry.

Some Catalysts That May Drive Cosmos (Atom)’s Growth

Cosmos (ATOM) has entered into several projects recently which could positively influence the coin’s price. Some of those are mentioned hereunder.

Gravity Bridge With the Ethereum Network

Cosmos’s Gravity bridge with the Ethereum network is one such project which might positively influence ATOM’s price. Cosmos entered into this collaboration agreement back in December 2021 for the purpose of enabling interoperability and liquidity amongst the two growing networks. It is said the bridge is about to benefit everyone on the Cosmos network by amplifying the value and use cases of the ATOM token.

Gravity Bridge has emerged as a vital piece of infrastructure that is freely accessible to all Cosmos chains. It enables faster updates and iterations while at the same time facilitating bridge requirements of the chains with which it makes its usual interactions. Besides, it also promotes increased liquidity by unleashing open markets and enabling frictionless trades.

Asia Digital Bank initiated a strategic partnership with one of Cosmos’s Core contributors, Bianjie, back in October 2021. The bank holds the Labuan Financial Services Authority’s Digital Banking license in the region of Malaysia.  The partnership was for the purpose of developing a new digital financial infrastructure that would enable seamless integration of centralized and decentralized financial services.

Cosmos’s scalable, independent and interoperable blockchain stack capitalized the progress of the project. It enabled an autonomous financial service feature via which individual users can manage both their centralized bank accounts as well as the open distributed ledger-based accounts that were connected through the Cosmos Network. The success of the project is expected to have a positive impact on Cosmos as a result of which the value of the ATOM coins will also increase.

Cosmos Network’s integration with Bitcoin is expected to help Cosmos Defi significantly expand its usefulness and accessibility. This should boost the overall value of the ATOM coin. The integration process is being made by introducing IBC compatibility to interBTC. IBC serves as the backbone of the Cosmos ecosystem. It aids in facilitating exchange among several sovereign blockchains. interBTC on the other hand serves as a bridge between the Bitcoin and the Cosmos networks.

Further, this improved inter-blockchain cooperation would also promote the growth of the Defi sector and provide the users with a more intuitive interface. This will not only be cheaper but will also bring in easier means to manage the cross-chain assets.

Tendermint develops open network infrastructure using the Cosmos blockchain ecosystem. In October last year, the company partnered with Forte, an organization that is into developing blockchain platforms for video games. This association between them is aimed at helping all the developers and players seamlessly link their gaming ecosystems with the Cosmos interoperable blockchain network. Further, due to this association Forte will be providing support to the Cosmos-native cryptocurrencies including ATOM.

Currently, Cosmos (ATOM)’s price is positively correlated with the top 10 coins by market cap with a value of 0.595 and within March 15th, 2022 its value is expected to increase by 19.08%. Based on data as of March 08, 2022, in general, 10 technical analysis indicators are having bullish signals for ATOM while 18 of them are providing bearish signals. This means around 36% of the market is Bullish on ATOM and 64% is Bearish on it.

Cryptocurrencies are extremely volatile and are subject to huge market risks. They can bring in huge gains to patient investors who can take high risks. Cosmos (ATOM) has had its highs and many are bearish on it at present. Yet, many feel this coin has got a lot of potential, and might even surpass its all-time highs by the end of 2022. So, investors with good risk appetites can go for it.