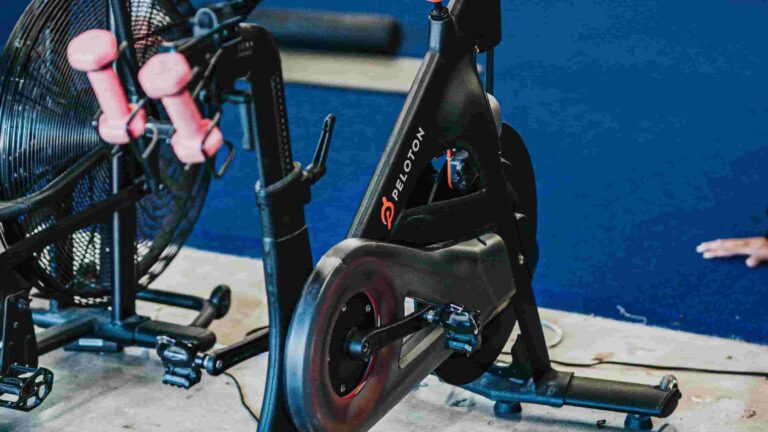 Peloton Interactive is a United States-based exercise equipment and media company operating worldwide. The company is famous for its Internet-connected stationary bicycles and treadmills that can be used by its monthly subscribers to remotely participate in fitness classes by using streaming media. The company charges a fixed amount as a membership fee to provide access to the additional features on its exercise equipment or to simply explore the content available in its app and website.

Peloton is a famous name in the fitness industry and has a very attractive business model. In fact, in 2020, Peloton stock was the second-best performing Nasdaq stock with its shares soaring over 400%. However, despite having such significant intellectual properties and a large addressable market, the company was one of the worst-performing ones in 2021. The Peloton stock has lost more than 81% of its valuation year-over-year, from $111.55 on March 8, 2021 to $21.14 on March 11, 2022.

Currently, Peloton is juggling a multitude of problems such as lack of proper management qualifications, poor decision-making processes, lower financial discipline, and many more. Because of these, the company has almost lost its credibility in the eyes of many Peloton stock investors and the market as a whole has also largely stopped being optimistic about Peloton stock’s future performance.

Is Peloton Stock a Buy, Sell or Hold After Hitting Its All Time Low?

A String of Poor Decisions

The strategic decisions an organization takes can make or break its business. An organization can thrive by implementing good strategies while the bad ones can lead to its massive decline. Peloton’s strategies have failed and it is suffering from severe consequences these days.

One of the primary reasons behind the company’s recent failure is its inability to predict the market demand in a correct manner. The company had significantly increased its production levels in 2020 by spending $400 million when demand for home workouts had picked up. It continued its production in large quantities even when the demand slowed down. As a result, the company ended up producing more bikes and treads than it was actually selling thereby affecting the overall cost structure and massively impairing the profit levels. Lately, it has been forced to reverse its manufacturing expansion plan.

Again, last April by spending more than $400 million, Peloton had completed the acquisition of Precor, an already troubled company, by believing that it could fix the issues and help the company expand its reach into different types of commercial customers. However, months later this acquisition failed to provide results as per expectations.

Moreover, Peloton had initially irresponsibly denied the warnings made by the US CPSC regarding safety levels of its Tread+ exercise machine after the occurrence of multiple accidents involving small children and a pet who were injured beneath the machine. Though the company realized its mistake later on the incident did affect customers’ trust in its products to some extent.

Currently, Peloton stock is in a much worse position than it was before the pandemic. The company is facing market pressure and its excess spending is receiving quite some criticism.

Lower Growth Despite of Competitive Advantages

Peloton’s business model is difficult to imitate which imparts a certain level of competitive advantage to its business. There is already a huge fan base for its high-quality intelligently-designed products for which it could successfully retain around 92% of its subscribers over the past year. This means once a customer purchases its equipment, their probability of canceling the company’s subscription plan is less. Besides, the talented star instructors, great music, cool technology gives its business added benefits. Still, the company is currently sitting under piles of losses and the Peloton stock is experiencing a much lower rate of growth.

The company’s management had tried to mitigate issues like the rising levels of inflation, supply chain issues, and slowing down of demand for its products by increasing prices by $250 for the bike and $350 for the treadmill, but this approach would further reduce the customer’s appetite for its products in such inflationary environment.

These days Peloton’s main focus is on cost-cutting rather than achieving sustainable growth. The company is currently reversing its manufacturing expansion plan and within fiscal 2024 it intends to save around $800 million. Though there are rumors in the market that companies like Amazon and Nike could be exploring an acquisition offer for the company still, there are significant doubts about Peloton’s business’s actual worth as the company is yet to provide any solid long-term margin guidance.

The lingering issues coupled with the inadequate accounting procedures and controls have taken a toll on Peloton’s profitability largely. The company’s revenues have grown only by 6% year-over-year in the last quarter of 2021 compared to 50% – 100% achieved in the earlier year. Moreover, it also generated a net loss of $439.4 million, translating to a diluted EPS of -$1.39 along with an Adjusted EBITDA (earnings before interest, taxes, depreciation, and amortization) was -$266.5 million, representing an Adjusted EBITDA margin of -23.5%.

The increased levels of expenses in the company are alarming. Over the past four years, the company’s expenses have grown by more than twenty times and the SG&A expenses have also tripled in the last three years. Resultantly, compared to other subscription-based companies, Peloton has the lowest revenue per employee.

Further, another striking problem is that the company has sold over $700 million worth of Peloton stock since its IPO including the $500 million that it pledged in September 2021. This move has been grossly unfavorable to the investors because the company’s executives control more than 75% of its voting power despite only owning around 12% economic interest in the company.

Peloton is going through multiple issues. Due to managerial and operational failures, the company has been going through continuous cash burns and is suffering from a constrained balance sheet, high capital costs, and an excess manufacturing structure eating away all its gains. Even if it makes turnaround plans, the company’s condition is not likely to improve in the coming quarters and the stock might continue trading at a significant valuation discount for some more time. Therefore, at the present moment, the Peloton stock might not be worth investing in.