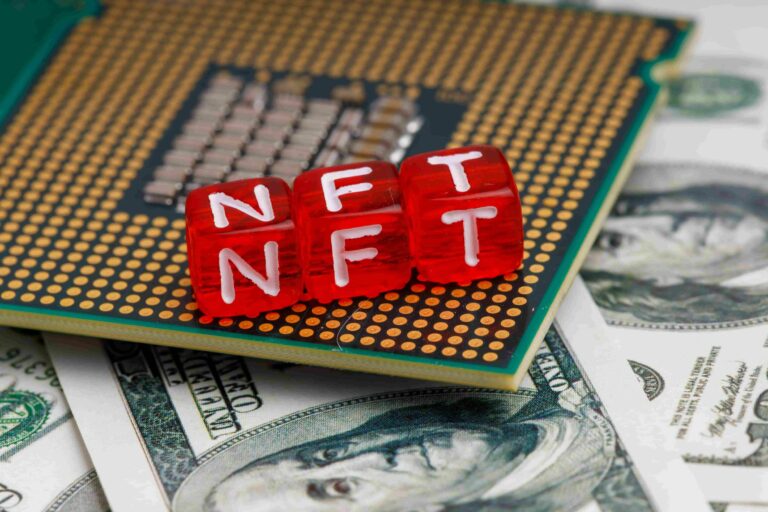 Non-Fungible Tokens, popularly known as NFTs have seen some significant developments since their first sale back in 2014. These have given the artists a brand-new way to monetize their work while at the same time preserving the value of these investment pieces. Nowadays literally everything starting from artworks to music pieces are getting tokenized to these digital certificates. People including many celebrities have started jumping onto the bandwagon, making some serious profits out of them.

Here are the top 8 celebrities who launched their own NFT collections and made some significant money in the process:

Top 8 Celebrities Who Launched Their Own NFT Collections

Hailed by many as the “best footballer in the world” Lionel Messi came up with his NFT collection “Messiverse” during August 2021. The said project which is a collection of four digital art pieces called “The Golden One”, “Man from the Future”, “Worth the Weight” and “The King Piece” is designed by an Australia-based digital designer called BossLogic and it represents some of the historic moments from Messi’s football career. It was made available on the reputed Ethernity Chain platform and due to the star name attached to it the NFT collection’s sales spiked to $3.4 million just within the first day of the launch itself.

Canadian Singer Shawn Mendes launched his NFT project by teaming up with avatar technology company Genies. The said project called “Wonder” is based on one of his albums called Wonder and it is a collection of various digital wearables like a guitar, a vest, a signed t-shirt and many more. Available on the OpenSea platform for sale, to date the project’s total sales volume has amounted to almost $10 million and Mendes intends to use the profits resulting from its sale to amplify, uplift, and empower young and aspiring digital artists who have been using their talents to create a positive, social change.

Golden State Warriors star Stephen Curry launched a collection of 2,974 NFTs. Each of the artworks in the said project is hand-drawn by Andrea McDonald, a recent college graduate, and it consists of digital replicas of his shoe-line, Genesis Curry Flows, showcasing the exact pairs that he had worn for his incredible on-court feats. Moreover, the participating owners shall receive autographed memorabilia, tickets to games, additional NFT drops, and early access to the Curry Brand limited-edition items in the future. These unique NFTs are priced at $499 each and Curry intends to donate 100% of his profits to his “Eat. Learn. Play” foundation

Multiple Grammy Award Winner Marshall Mathers, popularly known as Eminem, launched his first set of NFTs called “Shady Con” in April 2021 and raised $1.8 million through it. The said project features a vast array of NFT collectables approved by the rapper himself and is based on his childhood passion for vintage toys, comic books and trading cards. The NFT sale took place on the Nifty Gateway and there were 50 editions of it available that were called “TOOLS OF THE TRADE” and “STILL D.G.A.F.” respectively. Besides, the last one of them is a limited edition called “STAN’S REVENGE,” which specifically includes original instrumental beats produced by Slim Shady himself for the purpose of this release.

Lindsay Lohan from Mean Girls has joined several other celebrities to launch her experiential NFTs which will allow fans to interact with her or get special access. Previously she had also released an NFT of her song “Lullaby,” which was sold for $85,484.09 and has also auctioned a furry-themed avatar NFT called “fursona”. These experiential NFT tokens will be available for sale on the Superfandom marketplace and the actress will also help the platform in attracting more and more users including other celebrities.

Paris Hilton collaborated with LA-based designer Blake Kathryn to launch her own NFT collections called “Iconic Crypto Queen”, “Hummingbird in my Metaverse”, and “Legendary Love”. “Hummingbird in my metaverse” and “Legendary love” both had 11 editions made available for purchase but the ‘Iconic Crypto Queen’ NFT had only one edition available and the 40-year-old hotel heiress made millions by selling them. Hilton feels NFT creations are quite therapeutic and had first entered the NFT space in 2020 with her Cryptograph of Munchkin, which had benefitted three amazing charities.

Snoop Dogg stepped into the NFT space by collaborating with Crypto.com and released his first NFT collection titled “A Journey With The Dogg”. The said NFT project features images of Snoop Dogg’s special moments from the early years of his life and is underscored by a soundtrack that is personally composed by him. Moreover, it also contains a Dogecoin-inspired cryptocurrency, “Snoop Dogge Coins”. His latest NFT project called “Decentral Eyes Dog” created by artist Coldie contains 10 different images of his face combined together as a 3D collage from different phases of his life.

Supermodel and writer Emily Ratajkowski launched her NFT project titled “Buying Myself Back: A Model for Redistribution” a few months back. After getting hold of her own portrait that artist Richard Prince had put on in an exhibition back in the year 2014 for $81,000, Emily had a photo taken of herself in front of the canvas, which is the digital image file. She sold the same for $140,000 as an NFT. With this project, she had tried to address the larger problem that takes place from the easy dissemination and exploitation of digital images available on the internet.

NFTs are hot commodities at present and have taken the art, sports, and entertainment worlds by storm. They present a big earning opportunity to its creators across the internet by offering them a controlled income stream by trading digital content for cash.