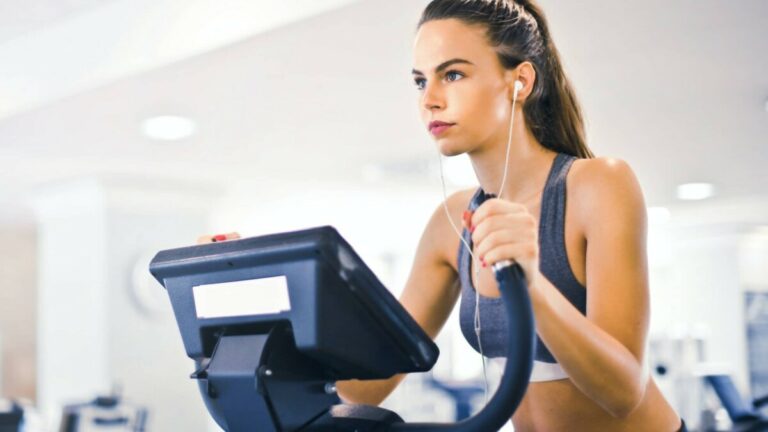 Peloton Interactive was a star performer during the pandemic. When most other stocks were tanking back in 2020, Peloton shares gained more than 440%. However, from January 2021, this bullish run for Peloton ended and Peloton stock price has been going downhill continuously since then. This has got many traders wondering, is Peloton stock a buy, sell or hold in the current market?

Since our last Peloton stock analysis, the connected fitness equipment maker came up with its third-quarter financials for the Fiscal Year 2022 on the 10th of May after market hours. The company missed the market’s expectations and its outlook for the next quarter was also bleak. Market watchers were expecting Peloton to have a rough quarter but no one assumed the results would lag this badly.

Is Peloton Stock a Buy, Sell or Hold After its Recent Earnings?

Peloton’s third-quarter financials for the Fiscal year 2022 were not that impressive. The company had witnessed another loss-making quarter this time. Also, there was a steep decline in its sales and its piled-up inventory in the warehouse had eaten away all its cash.

For the third quarter, the company’s losses widened to $757.1 million translating to a loss per share of $2.27 compared to last year’s net loss of $8.6 million, or 3 cents a share. Revenue also dropped to $964.3 million showing more than a 20% decline from last year’s revenue of $1.26 billion for the corresponding quarter. Peloton’s gross profit too had a steep 59% decline to 19.1% of revenue following the massive 101% increase in its operating expenses to 95.4% of total revenue compared to the prior-year period of 36.3%. However, excluding the nonrecurring items like impairment expense or loss on disposals, the growth in operating expenses was 19% representing 56.7% of revenue.

Sales of $594 million were generated from the connected fitness products representing a 42% reduction while the remaining $370 million were generated from subscriptions which grew by 55%. Subscription revenue this quarter constituted 38.4% of the company’s total revenues compared to 19% a year ago. Peloton estimates that this transition towards the high margin subscription revenue will be a long-term trend. It has started to take a series of steps to accelerate the hardware price changes for reaping the maximum benefits of this trend.

Peloton’s guidance for the coming times is even worse. For the fourth quarter, the company has forecasted a total revenue between $675 million to $700 million and expects its gross margin to be 31% approximately. However, it also anticipates that its storage costs shall come down and the headwinds in freight shall abate too by FY23 thereby resulting in a positive cash flow margin for the company.

Peloton has been facing a range of issues that are adversely affecting its operations and financial results. The company attributed such a decline to the reduction in consumer demand because of COVID-19. Due to this weakened demand and lower sales growth, the company’s bottom line has been largely hit and to this day the company is struggling to adjust to the post-Covid economy. Further, increased competition post 2020 resulting in more people returning back to their in-person gyms and workout classes has also taken a toll on the company’s financial metrics.

Another adverse issue is the higher than anticipated number of returns of the Tread+ machine that totalled up to around $18 million thereby weighing down the company’s results for the quarter. Moreover, the overall inventory turnover also decelerated, impacting the company’s cash flows to a great extent. The company even had to borrow $750 million to ease the cash flow crunch. JP Morgan and Goldman Sachs have committed to underwrite this 5-year term debt deal.

Is It All Bad?

Peloton ended its third quarter with 2.96 million connected fitness subscribers. This corresponds to an increase of 195,000 subscribers over the year translating to a 42% YOY growth. Basically, connected subscribers are the ones who own a piece of the company’s equipment and pay charges to access live and on-demand workout classes that range from cycling to yoga to meditation.

Also, the average net monthly connected fitness churn, a measure that Peloton uses to analyze its retention of connected fitness subscribers, had improved to 0.75% and the average monthly workouts per Connected Fitness Subscription came at 18.8 in the quarter showing a 21% improvement sequentially. Further, the digital app subscriptions had also improved 10% year-over-year.

In February Peloton launched its first gamified workout experience for Bike and Bike+ called Lanebreak. The said feature will deliver high-energy workouts in the virtual world called immersive. Again, in March it launched an Apple Watch integration for workouts on its Bike, Bike+, Tread, and app, thus providing the members means to monitor their heart rate and fitness progression.

The price of Peloton’s bikes and treadmills ranges between $1,895 to $4,295 and the All-Access membership for owners of these equipment runs at $39 a month. Further, a digital membership with no access to bike or tread costs $12.99 a month. However, now a price change is on the horizon. From June onwards the monthly membership cost will jump to $44 from $39 while the cost of Peloton bikes will come down to $1,445 and the treadmills to $2,695. Through this move, the company can lower the entry barrier for Peloton equipment and thereby stabilize the company’s earnings in the process.

Further, to improve its profitability outlook and to manage the costs in a better manner Peloton will also be laying off 20% of its corporate positions.

So Is Peloton Stock a Buy, Sell or Hold?

Peloton is currently trading at a very low valuation. The company is taking several steps to do away with all the piles of losses it had generated all the while but still has a long way to go. The price change might favor its operations positively but considering the dynamic and competitive nature of the market, there is still not sufficient data to back the company’s success. Therefore, until any positive changes are witnessed, it might be a little risky to put money on the Peloton stock.