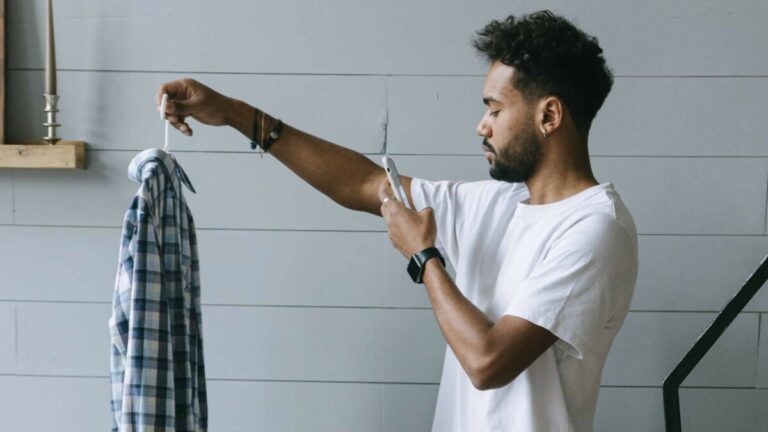 Poshmark is a California-based social media marketplace with operations in the US, Canada, India and Australia. It lets people in these countries buy and sell new or second-hand apparel, footwear, home products, beauty products, and pet products including accessories. Is Posh stock a good buy now?

That said, long-term prospects for Poshmark are still solid even though the short-term concerns might be causing distress to investors. So, is POSH stock a good buy in this inflationary market?

The Secondhand Clothing Market is Growing

As inflation has been on a rise, the increased prices of commodities have put a strain on the household budgets of a large number of people. This means they are forced to look out for deals in the second-hand resale market. As a result of this move, the second-hand market, especially the apparel section, is experiencing a faster pace of growth compared to the broader apparel market.

As per the market research website Future Market Insights, secondhand clothing sales are expected to grow at a compound annual rate of 11.2% through 2031. Moreover, ThredUp, a company that follows the consignment model and is a rival of Poshmark, has also stated that the global secondhand apparel market might grow by 24% this year and its sales might double at least by 2026.

Poshmark is a growing player in the second-hand buying and selling space and therefore, these inflationary market conditions can in general provide the company’s earnings with a big boost if the company takes corrective actions. Besides, a huge chunk of the US customers, who are above the age of 18, are open to using resale products, thereby providing the company with a greater growth opportunity.

There is a chance that there might a recession in the offing soon. If that happens, the apparel industry might not be people’s first choice for putting their money into because in such times it is much easier to slash spending on items like apparel. But, even in such times, companies like Poshmark can continue to do well by projecting themselves as money-saving alternatives to people.

Besides, as the company lets its customers sell off their old and used items through its platform, it can attract the attention of a greater number of people to its website. People can generate some more cash by selling off their stuff. Therefore, in both scenarios, Poshmark will be able to prevent any major decline in its sales. These make for compelling reasons as to why Posh stock is a good buy.

Consignment shops provide convenient ways for selling old and used apparel but their main problem is that they take huge cuts for each sale. This is because their storing and handling costs are a lot. Poshmark on the other hand works in an entirely different way. The company provides its massive pool of buyers the opportunity to connect with the sellers. Basically, by combining social media along with e-commerce, the company provides several tools for the sellers to market their products and communicate with the buyers.

Moreover, the continuous innovation in its platform has also helped the company gather a larger audience. Like in the first quarter of this year the company attracted 16% more buyers than last year by rolling out trending designs and redesigning its feed and shop tabs.

Poshmark takes 20% or $2.95 from each sale made by its customers below $15. In comparison with the consignment shops, this appears to be a much better deal for the sellers provided they make the effort to market their products. Because of this business strategy the company has been able to garner a customer base of close to 8 million who are ready to spend millions of dollars on the company’s platform.

Further, considering the buyer’s point of view, they will prefer this platform because instead of buying high-quality apparel and other products at a higher price from the retail outlets, they can get items of similar quality at a much-discounted rate from the Poshmark platform. Moreover, the buyers can also, later on, sell off those purchased items to generate additional revenue.

The last quarterly results of Poshmark were better than expected following the release of which the company’s shares rose by more than 24%. This is because the company had experienced modest growth and even though its results were not that great, they were not as bad either as the market had predicted earlier.

Poshmark had generated a revenue of $90.9 million compared to last year’s revenue of $80.7 million. Also, its gross merchandise value had increased by 12% year-over-year to $493.4 million. However, despite such revenue gain, it was another quarter of cash burn for the company although its losses had been reduced by a whopping $60.1 million. Also, the loss per share was only 18 cents compared to the loss of $1.18 per share generated a year ago.

Poshmark’s huge marketing expenses might be a cause of concern. But considering the $600 million of cash reserves the company possesses, its balance sheet appears to be much stronger and shall be able to withstand the loss generated with much ease.

Poshmark’s stock closed at $11.12, and the average analyst price target is $15. That’s a potential upside of almost 35%.

Poshmark is a growing company that has a lot of potential. Being a small-cap stock, it involves a lot of volatility and it’s quite risky an investment. Also, the POSH stock is not suitable for those investors who are concerned with short term gains only and don’t intend to hold on to a stock for the long term. Therefore, if you are a long-term investor having a decent risk appetite, POSH stock is a good buy.