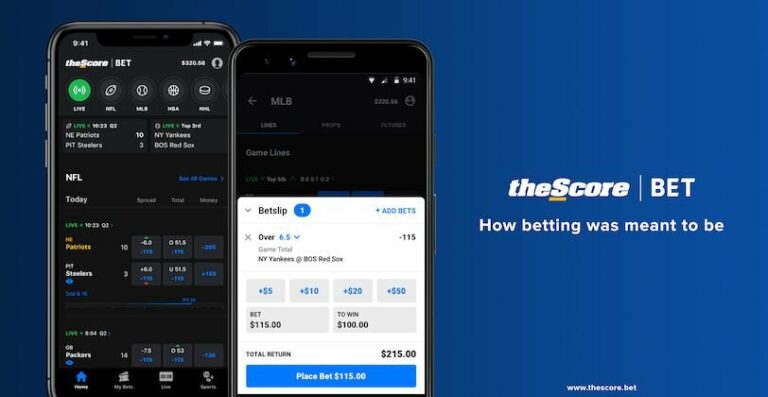 The gaming industry has been booming for the last few months. During the Covid-19 pandemic, situation when all other industries were struggling to survive in the market, the gaming industry was surging. An article in Nasdaq.com said, “According to NPD Group, total consumer spending on video gaming in the United States continues to soar as it registered a 26% year-over-year rise to $18.6 billion in the fourth quarter of 2020.”

As the video game industry grows, the mobile gaming industry is also growing at a rapid clip. There’s a company that’s making news for all the right reasons in this space: Score Media and Gaming. Apart from its mobile games, the company also entered the world of sports betting a few years back. It provides real-time news, scores, fantasy, and other information about sports.

The company, popularly known as The Score has seen its stock price break the roof in the last quarter. It also went in for a reverse 10:1 stock split because it wants to list on the US markets.   Now the question is: Should one invest in Score Media and Gaming stock in the current market scenario?

Why has The Score Stock Gone Ballistic

2020 saw a lot of people sit at home with nothing to do. Score stock was pretty much like its customers in 2020. It hung around, doing nothing. The stock went up from $3 in March to $7 in November last year.

This is because there has been a lot of positive talk on legalizing sports betting in Canada. On November 25, 2020, a bill was introduced to legalize single event sports betting. As favorable news began to come in, in support of the bill, Score stock soared. The House of Commons finally passed Bill C-218 – the Safe and Regulated Sports Betting Act – which would allow for legal single-game wagering in Canada. If approved by the Senate, the bill will amend the criminal code for single-game sports betting.

Score Founder and CEO John Levy said, “As Canada’s leading mobile sports media brand with a uniquely integrated sports betting platform, we look forward to collaborating with key stakeholders as the legislative process continues, to ensure that betting reform works for all Canadians and their communities.”

Score estimates a market potential for online gaming in Canada of between $3.8 billion and $5.4 billion in annual gross gaming revenue, based on historical data extrapolated from legal online gaming markets in the U.S. and globally.

Score had a record first quarter for FY21, ended November 30, 2020. The gaming handle on theScore Bet was up 535% year-over-year in Q1 F2021, reaching $55.8 million. The company achieved an all-time record quarter for media revenue, generating $10.6 million in Q1 F2021, primarily driven by strong growth in direct advertising sales in both the US and Canada.

The audience metrics for Score were also impressive:

All of these numbers are very impressive when you realize that there were no NBA or NHL regular games going on in that quarter.

David Portnoy, Founder of Barstool Sports and champion of the retail investor is also a big believer in the potential of Score. He went live on February 12 to talk about a stock he bought recently. He said, “What’d I buy yesterday? I bought one stock that’s like a cheap stock. I’m not going to say what it is because I don’t know if I can and I don’t want to change the price. I’m locked up in it and I’m saving it for six months to a year. I think it’s a quadruple bagger.”

When he was pressured into revealing its name, he said the following: “Fine! It rhymes with ‘the door,’ that’s all I’m saying. And I had to figure out how to buy it because it ain’t American.”

How many stocks do you know that rhyme with The Door and aren’t American?