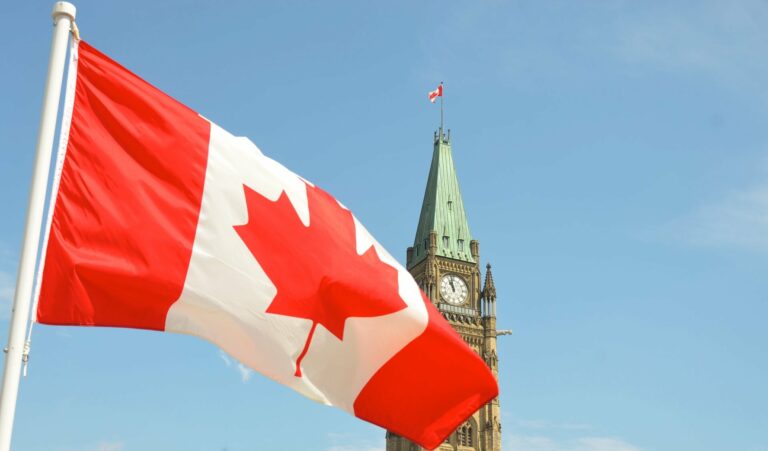 2021 has been earmarked as the year for global recovery from one of the worst recessions in modern history. With complete lockdown during the initial months of the pandemic followed by the prolonged period of social distancing reducing activity, most countries, including Canada, are currently dealing with the repercussions of the economic slump.

However, stock markets continued defying expectations to deliver stable returns globally, raising concerns regarding an asset bubble. The S&P TSX Composite Index gained 64.55% over the past year since hitting its 52-week low of $11,172.70 in March last year. However, the apparent disconnect between the stock markets and the real economy is expected to subside this year, with mass vaccinations and rebounding industrial and manufacturing sectors. Consequently, the index has registered 5.45% gains year-to-date.

The Canadian vaccination regime is one of the critical drivers defining the country’s recovery in 2021. The government has begun its vaccination drive post regulatory approval on December 9, 2020, and has inoculated more than 1.48 million people to date for free. It plans to vaccinate approximately 14.5 million people by June, with its current vaccine availability.

The Canadian government has spent over C$1 billion in purchase agreements with various biotech companies with promising vaccine pipelines. So far, only two vaccines, Pfizer and Moderna, have been approved by the Public Health Agency of Canada, accounting for approximately 120 million doses. If the government sanctions the vaccines developed by six other biotech firms with which it has purchase agreements, over 25 million people can be inoculated by June 2021.

Canada has implemented a wide range of expansionary fiscal and monetary policies under its COVID-19 Economic Response Plan. The Bank of Canada has held interest rates constant at 0.25% since the onset of the pandemic in March, as well as undertaken a wide range of quantitative easing policies to boost liquidity. Its fiscal stimulus measures include direct aid to households and companies worth approximately C$270 billion, as well as an additional C$85 billion in tax credits and subsidy. Adding C$52.7 billion in healthcare spending, the government has allocated over C$407 billion in overall fiscal aid, accounting for 18.5% of the country’s GDP.

These policies combined are aimed at boosting production and consumer spending levels. As people resume their normal routine post-vaccine disbursal, the lower cost of borrowing and significant tax credits should allow the manufacturing and industrial sectors to pick up the pace to return to the pre-pandemic levels. Additionally, on the demand side, substantial direct stimulus and wage subsidies, as well as higher borrowing limits, should drive aggregate spending significantly.

As a result, companies are expected to report rising revenues and strengthening balance sheets in the upcoming months, whereas the rise in cash availability should increase average equity inflows in 2021.

Bank of Canada expects the country’s GDP to rise 4.5% in 2021, provided it can adhere to its vaccination schedule. Cana’s recovery is expected to be driven by the strong rebound in consumer spending as the labor market bounces back from March lows. As of October 2020, approximately 80% of the total jobs lost owing to the pandemic led lockdown were retrieved. Ontario is expected to report the highest economic recovery at par with the macroeconomic growth rate, thanks to its bolstering automotive sector and manufacturing industry.

With a strong revival in per capita income, the rising demand levels coupled with a favorable international trade environment are expected to be the defining parameters of the Canadian economy in 2021. However, the central bank estimates a 4% growth in GDP if the country fails to mobilize its healthcare industry to vaccinate the population or faces supply contingent problems.

As an export-dependent country, Canada suffered significantly over the past four years due to souring trade relations with its biggest trading partner, the United States. Around 75% of total Canadian exports are to its neighboring country, which took a hit following Trump’s protectionist trade policies.

Smoother expected trade relation between the two countries should act as a tailwind towards Canada’s economic recovery. As one of the richest sources of mineral deposits essential for the impending climate change, the Canadian mineral industry should fare well in the second half of this year. This is evident from the biggest automotive companies such as Tesla, Inc., currently in talks to sign a long-term nickel supply contract. Such developments should partially offset Canada’s depressed oil industry.

The near-zero interest rates and bond buyback programs have kept the Canadian sovereign yield curves at historically low levels over the past year. Moreover, with the rising weakness of the US dollar, many international investors are turning towards Canada to capitalize on the macroeconomic recovery of the west. The Government of Canada Bond Purchase Program and Provincial Bond Purchase Program have pumped billions of dollars into the markets.

In the private sector, Canadian Bloomberg Barclays Corporate Bond Index has a sub- 2% yield. Though higher than government bonds, the demand for commercial bonds is likely to decline in 2020, given the comparative returns on equity investments. This should contribute to the equity inflow volume for Canadian companies.

As the economy rebounds in a gradually reopening economy, the stock markets should follow bullish trends this year. Furthermore, as the pent-up demand accelerates the recovery of the worst affected sectors such as travel and hospitality, the overall markets should witness a strong comeback. The stock markets are currently rallying on investor optimism regarding the fast recovery of the country, led by the technology industry. Canada’s V-shaped recovery in tandem with the global economy should soon allow the former to reach pre-pandemic levels.