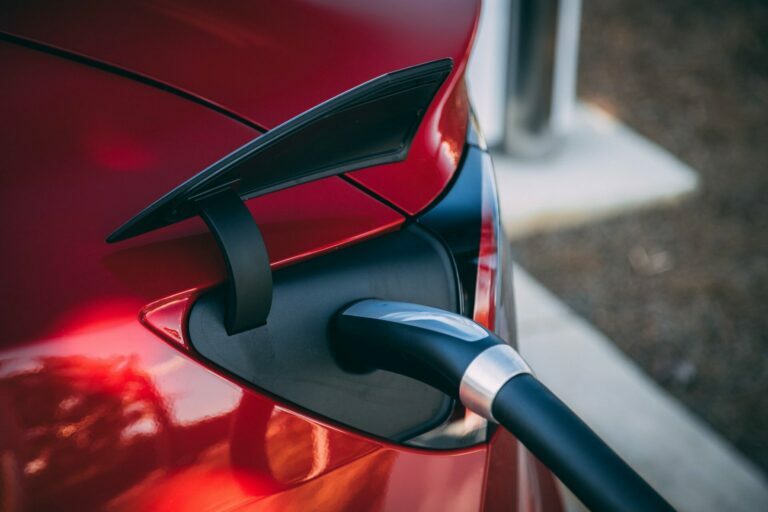 The electric vehicle frenzy, pioneered by Tesla, Inc. (NASDAQ: TSLA) has triggered a global automotive evolution. The rising climate change concerns across the world has been one of the key reasons behind the rapid rise of the electric vehicle industry, bolstered by favoring governments. However, with the global economy currently grappling with one of the worst recessions in modern history, the automobile industry is currently in a slump. Consequently, without adequate earnings and revenue growth, EV stocks are presently trading at surmounting valuations, raising concerns regarding a potential asset bubble.

Most developed countries have levied an umbrella fuel-powered vehicle ban in order to promote the usage of electric vehicles among the masses. The United Kingdom announced a ban on the sale of new fossil fuel-driven cars by 2030, while several regions in the United States and Canada have set the deadline for 2035. Norway aims to be the first company to phase out the sale of fuel-powered by 2025.

Two of the world’s biggest emerging economies – China and India, also aim to curb the automobile industry’s fuel-dependent segment within the next couple of decades. China has announced its plans to implement the ban in 2035, while India aims to ban two-wheeled fuel-driven vehicles starting 2025. Accounting for approximately 37% of the global population, an EV boom in the South Asian giants can accelerate the EV industry tremendously.

Apart from this, governments have announced direct cash benefits and subsidies, as well as tax credits on EV purchases. Transport Canada currently offers a C$2000- C$5000 direct subsidy on EV purchases under its National Purchase Incentive program for zero-emission vehicle sales. The United States announced federal tax credits of up to $7500 on certain electric vehicle brands.

At the individual level, the rising demand can be accrued to the increasing awareness regarding climate change across the world. Although the higher initial cost of investment while purchasing an EV might seem like a disadvantage, it is offset by the significantly lower cost of operations and maintenance compared to traditional vehicles.

Is the Electric Vehicle Industry Currently in a Bubble?

The ongoing EV boom has been raising concerns regarding the formation of an asset bubble, with many analysts drawing an analogy with the Dot Com bubble in 2000. Concerned people are raising flags regarding the striking valuations of EV stocks in general, vocalizing their concerns regarding a Dot Com 2.0. The S&P Kensho Electric Vehicles Index has gained 192.89% over the past year, and 23.67% year-to-date. In comparison, the tech-savvy NASDAQ Composite is around 400% over the span of five years. As of January 29th, the S&P Kensho Electric Vehicles Index has a projected P/E ratio of 80.64x. Its trailing 12-month P/E ratio is -30.68x.

However, the electric vehicle industry has managed to substantiate its price gains in 2020, as it witnessed a surge in sales volume globally. While the traditional fuel-powered vehicles saw a significant slump in sales, the electric vehicle market grew globally. According to S&P 500 Global, EV sales increased 43% over the past year, while global auto market sales declined by 20%. Moreover, the EV industry’s overall market share increased 170 basis points year-over-year to 4.2% of the global automotive market in 2020. EV sales in Europe increased by 137% from the prior year, while China’s yearly sales volume increased by 12%. While benchmark index returns indicate potential overvaluation, the industry’s sales volume and cash flow paint an optimistic picture. As of January 29th, the S&P Kensho Electric Vehicles index’s Price/Sales and Price/Cash Flow valuations are 0.92x and 11.38x, respectively.

Canadian EV Industry at a Glance

Canada is gearing up to become a manufacturing hub for electric vehicles for domestic sales as well as to meet rising international demand. With more than 70% of residents preferring EVs over traditional cars, the Trudeau administration is taking active steps to boost this market.

Unifor recently signed a $2 trillion deal with Ford Motor Company to establish a manufacturing unit in Ontario. According to the agreement, this deal will help Ford design 5 EV models suiting every need. Unifor also signed a similar deal with Chrysler Fiat for $1.50 trillion.

The country has an added advantage of having enormous natural resources and mineral deposits, making it a potential leader in the electric vehicle industry, provided it can direct its resource utilization. Thanks to its streamlined power grid and rich lithium and nickel deposits, the country is well-positioned to emerge as a dominant player in the EV battery maker segment. According to a Reuters article, Tesla, Inc. is currently in talks with the mining company Giga Metals to acquire low carbon nickel. Both parties are expected to enter into a long-term supply deal. As the largest EV maker in the world, Tesla’s plans to establish a supply chain in Canada can go a long way for the Canadian EV markets. Giga metals also announced that similar talks are being conducted with British Motor Works and Mercedes.

The Picture Is Not That Rosy

It is undeniable that electric vehicles will define the automotive industry in the future. The growth prospects in the backdrop of favorable macroeconomic factors have kickstarted a macroeconomic revolution, which is expected to yield results over the next couple of decades. However, the prevailing investor optimism has been inflating asset prices significantly without considering their future growth potential.

For instance, Nikola Corporation made a stellar entry through a Special Purpose Acquisition Merger in June last year, gaining 178.5% in just 5 days. However, soon the stock received widespread criticism, as well as the accusation of spreading misleading progress reports. As a result, the stock plummeted 330% since reaching its all-time high just a couple of days after its public debut. Nikola tried to improve its tainted market reputation by signing an agreement with General Motors but failed as the latter redacted its partnership offer.

Thus, while the electric vehicle industry might seem overvalued from afar, the underlying companies’ growth prospects seem to justify its current price gains. That being said, several companies, particularly startups, have gained traction based on bullish market sentiments alone, and have no product pipelines or financial strength to back up such premium valuations. Investors should take a thorough look into a company’s fundamentals to avoid such bubbles.