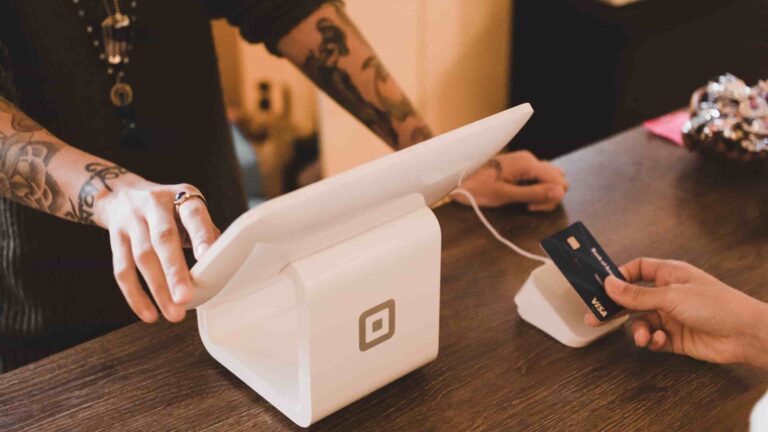 Block [SQ], formerly known as Square, is a California-based financial service and digital payments company. It is capable of serving as a complete ecosystem for smaller companies, helping them run and grow their businesses. It has a range of over 30 products and services and operates across two major segments: Square and Cash App.

Fintech is picking up popularity with each passing day and as a result Block’s business too, has got tremendous potential. The pandemic has also given it’s business a major boost. Still, things started going downhill for the company by the end of 2021 as had happened with many other tech stocks during that time. Currently, the Block stock are down by more than 37% year over year and almost 15% year-to-date.

In 2022, the company’s rebranding went into overdrive. It is also developing a series of interesting strategies to capture a larger share of the market.

Block faces steep competition from both, the consumer financial apps sector as well as the small business market sector. The company has decided that BNPL (buy now pay later) is the route to go. Soon after changing its name back in December 2021 from Square to Block, the company closed an acquisition deal with Afterpay, an Australia-based consumer lending startup, that encroaches on credit card networks. The deal was originally valued at $29 billion back in August 2021 but was conducted at a valuation of less than $15 billion due to a fall in the company’s overall worth during that time.

Moreover, Block’s 2022 guidance also expects a $1 billion increase in Afterpay operating expenses. BNPL is an extremely competitive space and therefore, many investors have questioned the company’s acquisition decision that had been taken by compromising on building up capabilities or partnering.

Block also intends to build a system for bitcoin mining. This means the company wants to create a new business line that would help the developers build financial services products centered around Bitcoin. Its Cash App will also support Taproot, a single software upgrade to the Bitcoin blockchain for making the network more secure, flexible, and scalable. This is another risky move adopted by Block as cryptocurrencies are renowned for their extremely volatile nature. Moreover, the market also feels the additional $170 million investment in Bitcoin in early 2021 apart from the $50 million purchase in October 2020 can also put unnecessary pressure on the company’s financials.

Block came up with its fourth-quarter financials for 2021 last month and the market was quite impressed with it. The company reported a net loss of $77 million for the fourth quarter and a net profit of $166 million for the entire year. Its revenue for the fourth quarter was $4.08 billion which was 29% higher compared to last year and excluding Bitcoin the same was $2.12 billion indicating a huge 51% year-over-year growth.

Though growth in crypto can play a large part in the growth of Block, Investors should note that the company’s revenue is not largely dependent on gains from Bitcoin. Instead, a large part of its growth this time was driven by the Cash App and Square ecosystems.

Block is considered as one of the top Fintech companies in the global space because of its immense strength in its core business. Just like its earnings, the performance of its Cash App, a P2P payment platform that competes with the likes of Venmo has also attracted investors because of being a fully integrated super application that also supports stock trading and card purchases. Amid the pandemic, Cash App had emerged as a digital alternative to traditional banks. As of December 2021, as well, the Cash Card Attach rate has shown an encouraging 31% growth. The company has plans to buy Credit Karma’s tax business for $50 million in cash to broaden its consumer platform further.

Thanks to its size, Block’s ecosystem is also able to capture a greater number of larger businesses. Mid-market sellers are growing as a proportion but companies having more than $500,000 have seen the most year-over-year growth. The one thing which is making it a popular choice amongst merchants is it allows them to receive their payments instantly instead of waiting a few days for settlement. Also, it has issued business prepaid debit cards to small business owners on the Square platform by partnering with Sutton Bank.

Block closed at $140.64 on March 18. Analysts have given it a target of $183.31 which is a potential upside of over 30%. It has tons of potential ahead of it so the valuation at which the Block stock is presently trading is certainly not justified. Some Investors were skeptical about the company’s performance due to certain decisions it had taken to which the investors could not relate at that moment.

Block has all the qualities of becoming a high-quality stock and the level of effort it is putting into advancing its technology and enhancing the customer base suggests it is going to make its recovery quite soon. Therefore, it is a perfect time to buy the Block stock before it starts rallying once again.