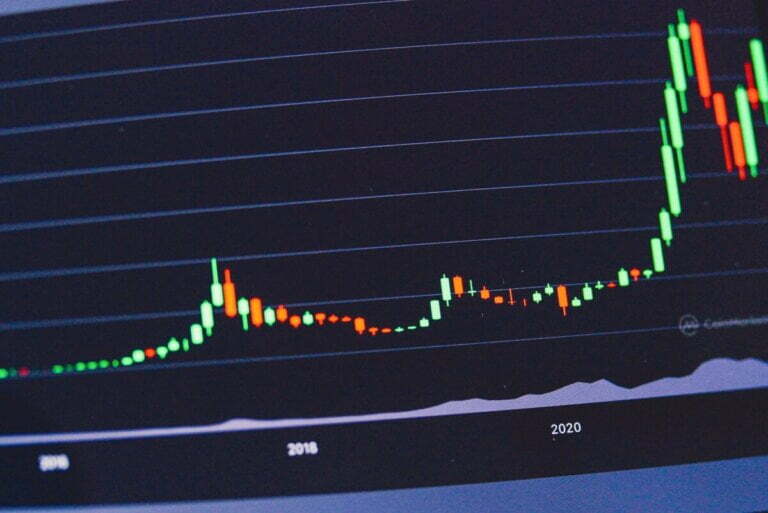 Cryptocurrencies have a history of extreme volatility. Some of them tank but the few that explode in value make all the associated risks worth taking. For their ability to deliver high yield returns, crypto investments have been increasingly getting more prominence in the financial sector. This is where cryptocurrencies to watch for massive growth come into play.

Last year, Solana grew by more than 10,000% while Shiba Inu exploded by a massive 40,00,000% thus rewarding the investors by huge margins. But this year the crypto market has not bought much excitement as of yet. However, it is said every sell-off brings a buying opportunity and the same holds true for the crypto market as well. So, this is the most suitable time to search for those cryptocurrencies that the market feels can potentially explode in the coming times. Here are 7 cryptocurrencies to watch for massive growth in 2022.

7 Best Cryptocurrencies to Watch for Massive Growth in 2022

Lucky Block is a kind of lottery-centric token that many gamblers use to place their bets. It intends to revolutionize the lottery system by bringing fairness to gambling and the blockchain technology claims to increase the player’s winnings through a random system of selection. Moreover, through its V2 upgrade, it also plans to create a bridge to the Ethereum blockchain.

Launched on January 25th at only $0.00020, Lucky Block has shown some impressive price movements in the past few weeks thus positioning itself as one of those cryptocurrencies that can explode anytime this year. It is currently trading at $0.0030 representing a gain of over 1,000% within a span of three months.

Render is a decentralized GPU rendering network that has been designed in a way to connect different digital creators such as artists and studios that require GPU computing with the ones who are happy to rent out their unused GPU computing power. So, basically, render tokens are being used by the digital creators to pay their GPU partners.

The Render tokens have been riding on people’s growing interest in the digital worlds and virtual reality. Therefore, the metaverse applications this year can potentially turn Render into a good cryptocurrency investment this year. Moreover, as it is also available on the Coinbase platform now, it will be able to attract a wider audience of potential buyers.

The open-source scalable blockchain called Fantom brings in a lot of scalability and security for transactions at low costs. Its tokens have been slowly moving up the ladder sailing through the drags of the bearish crypto market thereby making it one of the best cryptocurrencies to trade in current times. The asset is on its way towards widespread adoption as it is now also available on eToro, which is a reputed crypto trading platform with operations spread across multiple countries. With this, Fantom will now be accessible to more traders which in turn will provide it with more chances for price improvement.

Aave has got some extremely popular and user-friendly lending protocols using which the users can borrow and lend multiple kinds of cryptocurrencies. It is more of a governance token where holders can vote for the future of the protocol. The thing which makes Aave superior to many of its peers is that it has been outdoing its lending protocols.

Anyone who deposits their crypto investments with Aave gets interest payments for such lending. Also, it lets the borrowers switch between fixed to variable interest rates at their convenience. Moreover, its FlashLoans has also been in news for the non-requirement of collateral.  All these things have been slowly helping Aave to be one of the most valuable cryptocurrencies in the upcoming times

Cosmos is a scalable blockchain in which ATOM is one high-performing digital asset. It is one of the best crypto assets these days for day trading purposes because of the high-performing blockchain services it has been rendering. The constant updates in its system have contributed to such a high performance in its services thereby letting the users and developers get the best out of this blockchain. The powerful modular design of the Cosmos SDK is one of the greatest strengths. This asset is currently trading sideways in a bid in order to establish new support before it moves out to attain a new resistance price and record greater highs.

Everyone wants to get paid for browsing the internet and the Basic Attention Token brings that wish into reality. It only requires one to install its Brave browser which then performs the task of replacing the usual internet ads with ads that pay rewards in BAT. So, by using the Brave browser users can get paid for their internet ad views. Though brave still has a long way to go in order to compete with the biggest web browsers within a short span, it has been able to gather an active user base of over 50 million, thus making itself one of the most successful crypto projects to date.

XRP is the native token for Ripple, a blockchain-based payment protocol. Ripple facilitates international transfers and many financial institutions have partnered with it to use its technology. Though due to regulatory concerns XRP has been delisted by most of the major US crypto exchanges it is still one of the largest cryptocurrencies in the market. If its legal troubles are resolved, there is a good chance it will again pick up more investors.

Searching for the next big cryptocurrency is difficult since predicting the crypto market trend does not guarantee gains. So, for finding cryptocurrencies to watch that can potentially explode this year it is better to look for cryptocurrencies outside the market leaders as the smaller ones usually have greater growth potential. Moreover, to balance out the position it would be wise to put some money in cryptocurrency stocks or large-cap coins as well.