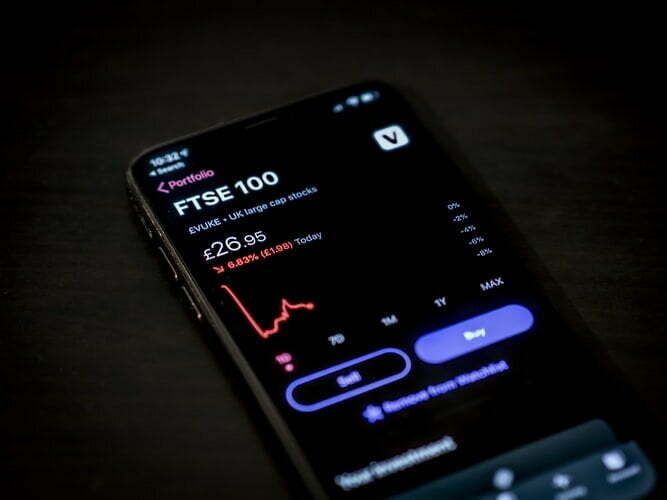 As the novel coronavirus bulldozed its way into the G7 nations in the US and Western Europe, it halted the biggest market rally on February 19. Within the next fortnight, the stock market plummeted by 20%, the fastest crash in this century in the US.

A 20% drop from the previous highs is considered as a bear market, but the speed with which the stocks dropped denotes a crash. However, the stock markets recovered amid optimism that the pandemic wouldn’t last long and the economy would revive. Since, the circumstance was unique, not similar to other historic crashes, the markets responded quickly.

The markets aren’t flying as high it did in the period between March and May, but it is definitely showing commendable resilience. The S&P 500 index is below its peak but hasn’t breached the 3,000 level since June.

Will this continue for a few more quarters? Speculators don’t think so. They believe that the second round of market crash is in the horizon. It’s true that markets did rebound on the back of loose fiscal and monetary policy and this support wouldn’t last longer.

Here’s a look at some of the reasons that might lead to a fresh round of stock market crash:

Why the Stock Market Will Crash within 12 months

The first bout of disappointment might come as early as the end of this month. The extra $600 per week doled out as unemployment benefits under the CARES Act will end on July 31.

On Monday, the Senate Republicans introduced the Heroes Act which aims at reducing the benefits to $200 per week until September. The official proposal is made and the Democrats are yet to agree on it.

The reduction in jobless benefits would have a domino effect on the economy and eventually the stock markets. The discretionary spending will take a hit and the entire consumer sector including retail and restaurants would suffer.

Escalating tensions between the US and China

The geopolitical tensions between the US and China are at an all-time high. The markets had been dealing with the uncertainty over the US-China Trade War since quite some time.

However, the current situation indicates that China won’t let the US have it easy. The country isn’t going to give into the pressure caused by the Trump administration. The tensions are likely to escalate and result in a severe stock market crash. Unfortunately, the recovery of this crash might be beyond the purview of stimulus measures.

The rise in the COVID-19 cases in the US

At the root of this imminent stock market crash is ultimately the spread of COVID-19. The number of new cases is on the rise in the US. In fact, it has nearly doubled from its peak in April 2020.

To protect the citizens from this deadly disease, the governments are announcing a semi-lockdown which might last for many months to come. Needless to say, that it will eventually lead to a huge economic loss. Moreover, the ever-changing guidelines in each of the states is causing lot of confusion and uncertainty.

A unique dimension to the stock market crash which might happen in the near future is the algorithmic trading. Experts have noted that it isn’t just the jittery investors who trigger a sell-off.

AI-based trading coupled with the impact of social media initiate faster sell-offs and lead markets to the bottom. Social media spreads extreme views and propagates them so rapidly that there is hardly any scope for reasonable judgement to take over.

These AI-based trading also work the other way round. Once the pessimism in the market abates, many investors start viewing the markets as a lucrative entry point and purchase share in lots. The processing is faster thanks to the Algorithmic trading and hence we can see quicker rebounds.

In a Forbes article, writer Naeem Aslam highlighted that unlike the previous instances of loosening its purse strings, the Fed resorted to a unique move this time. It saved the market crash by buying corporate bonds.

Now instead of pushing the interest rates below zero, the Fed can buy stocks to support the market just as it purchased the US corporate bonds, stated Aslam.

History bears testimony to the fact that the stock markets have taken longer to recover from such plunges. However, when it did, it always bounced back higher.

This time the situation is unprecedented. This lethal virus with a mortality rate between 2% and 4% and no vaccine in sight is the first instance since the Spanish Flu pandemic in 1918. The stock market could recover after the next crash only if there is any progress on the COVID-19 treatment. Many vaccines are in the trial stage and we might see a positive development soon.

As a long-term investor, you may want to stay away from taking risky positions now. To reap benefit out of this situation, investors must look at it as an opportunity to revisit their portfolio.  They need to see if there has been any significant development that might impact their stock in the long-run. If they sense something encouraging, they can go long on that stock or hold it.

However, the bottom-line is to not get swayed by the short-term boom and bust phases. Historically, the US stock markets have witnessed bullish phases after busts. So, it pays to be wise and think long-term.