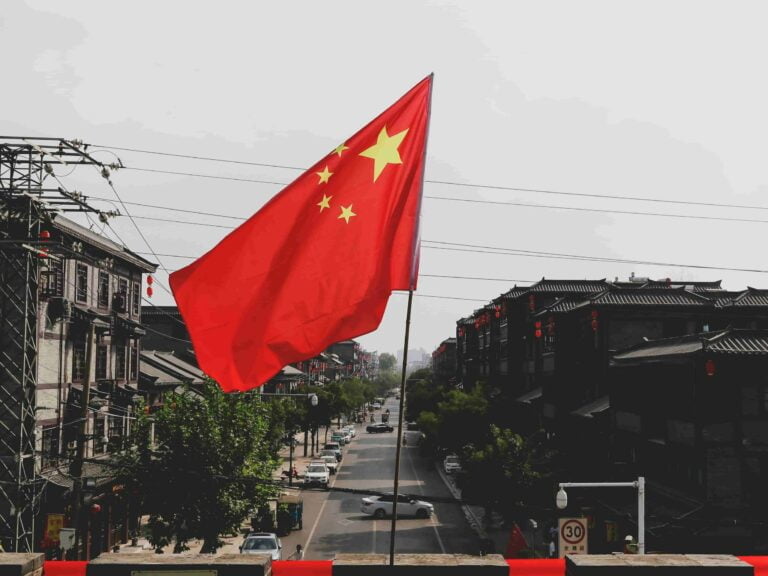 China is the world’s second-largest economy which is experiencing serious headwinds now resulting in opportunities to invest into undervalued Chinese stocks. Its middle-class which was booming once upon a time thanks to the dreams laid out by entrepreneurs like Jack Ma is now reevaluating its choices. The country is facing a coal shortage, has cracked down on sectors like cryptocurrency and online education, and wants to redistribute private wealth.

Recently, the Chinese Government has drawn new rules to ban companies having a large amount of sensitive customer data from listing their shares abroad including in the US. This is done with the intention of banning unfair competition but this crackdown by the Chinese Government for the tech firms and other sectors has severely affected the recent performance of much Chinese Company’s resulting in a much weaker 2021.

However, it’s not all doom and gloom. There are dozens of top-performing Chinese Companies at this time and that too spread across an array of sectors and industries. Hundreds of Chinese companies listed in the US exchanges have been brilliant performers over the years. But keeping in mind the present ongoing scenario, every investor should be well aware of the significant investment risks involved before investing in such Chinese stocks.

Headquartered in Beijing, JD.com, which is also known as Jingdong, is one of the largest B2C online retailers in China and is part of the Fortune Global 500 companies list. The company has emerged as a major player in the industry and over the last three years has awarded its shareholders with a 185% growth in share prices. However, with the recent intervention by the government, the company is currently sitting well below its 52-weeks high.

But one must understand there are still a few things that make the stock worth investing in. The most important aspect that makes JD a suitable investment is its strong fundamentals. The company has consistently made double-digit growth in its quarterly revenues and has also been profitable. Also, amidst all the chaos they reported better-than-expected second-quarter results earlier in the month of August showing a 26% YOY growth in revenues and a 27% increase in the number of annual active customer accounts.

Moreover, JD has entered into strategic partnerships with some of the leading companies like Walmart, Google-owned Alphabet, and Tencent Holding. Walmart has an increased stake in JD from 5% to 12% in 2020. Similarly, Alphabet invested $550 million in JD for creating next-generation retail infrastructure services.

Furthermore, JD is also focusing on becoming a leading supply-chain-based technology and services provider and this move can also significantly add up to its prosperity. JD stock is currently trading at $81.03 and analysts have a target of $97.49 on the stock.

Baidu is a Beijing-based multinational company specialized in offering Internet-related services, products, and artificial intelligence. It is one of the largest AI and Internet companies in the world. Despite being a terrific performer, Baidu too got whacked by China’s crackdown on tech stocks and has lost almost 36% of its value year-to-date with its shares falling almost 50% below its 52-week high.

However, Baidu stock is one of the few Chinese stocks that shouldn’t face many difficulties in the long run because it has been scrupulously following Beijing’s orders and is in turn actually benefiting from the limits that have been imposed on the level of competition. These restrictions have actually been a blessing in disguise for the company as due to these restrictions now Baidu’s biggest rival, Google, won’t be able to participate in the Chinese search market thereby helping the company with greater opportunity to lead the internet search service industry in China.

Moreover, Baidu has strong fundamentals to sufficiently support the short-term disturbance it is facing currently. The company boasts an $18.3 billion annual revenue stream and earns massive profit margins on those revenues. Besides, it also invests in new edge technologies having huge growth aspects such as autonomous driving that has the potential to boost the company’s revenues in the coming years. The market expects Baidu’s revenues to increase by next year itself as after Google it is Baidu which will be the premier destination for advertisers in China.  Baidu is trading at $162.7 levels and the average analyst target price for the stock is $249.21.

Bilibili offers online entertainment services, especially to the younger generation, in China and has its own unique platform that covers a wide array of genres and media formats, like videos, live broadcasting, mobile games, animation, as well as comic and audio content. The company is renowned for pioneering the “bullet chatting” feature which is a live commenting function that displays the thoughts and feelings of other audiences viewing the same video.

Despite being a pretty good performer Bilibili is not yet a profitable company. This might be because of the fact that it spends a hefty percentage of its revenue on advertising. But it is because of such marketing campaigns in the last quarter the company’s average monthly active users (MAUs) rose 38% year over year to 237.1 million with its mobile MAUs accounting for 93% of that total. Also, the company’s overall revenue for the quarter grew by a massive 70%.

Bilibili’s value started falling when the Chinese government cracked down on the gaming industry by comparing games to opium. The fall is to such an extent that the company has lost 12% within the last month itself. Many people are doing away from this stock with the fear that the US might delist Chinese Stocks. But market analysts are still positive about Bilibili as it isn’t as exposed to the Chinese government’s wrath as its larger tech peers and expect that by next year the company will grow its revenues further by another 44%.

Despite facing the crackdown by the Chinese Government many Chinese stocks have already started rebounding in the US market slowly. Most importantly, all the above-mentioned stocks are performing really well despite the weakness in their stock prices because they are some of the best performers in their respective segments. As the stocks are presently much undervalued this is the perfect time to add them to the portfolios before their shares start skyrocketing once again.