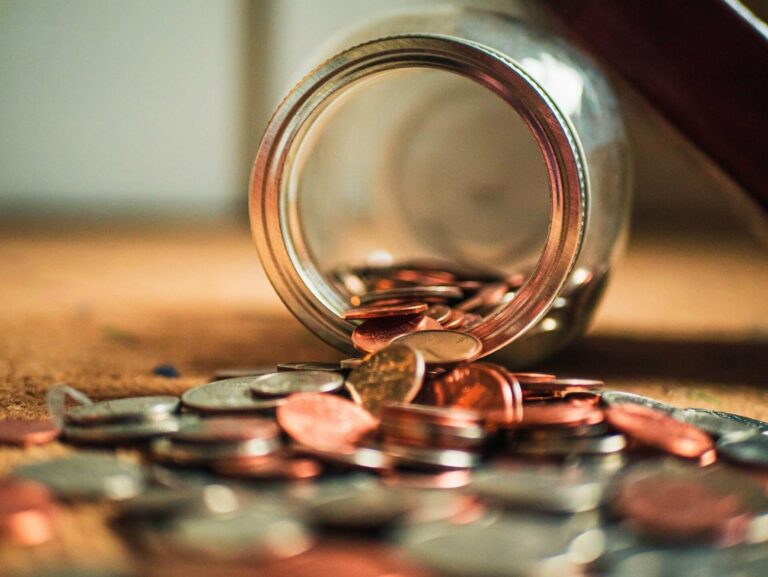 The last year has seen central banks across the world cut down interest rates to record lows since the 2008 financial crisis. Almost all governments have launched stimulus programs and have refused to up rates. The US Fed has said that it expects inflation to rise to 2.4% and it’s a matter of time before Canada follows suit. As inflation continues to climb in Canada, here are five stocks that are worth investing into:

The 5 Best Canadian Stocks to Investing During Rising Inflation

A smart investor would look at gold when inflation goes up. Gold has been a traditional hedge against inflation and it makes sense to buy a gold stock if inflation fears are on the rise. Gold stock prices have gone down in recent months after the US stimulus and the economic recovery. Gold prices have come down from $1,952.7 an ounce to $1,726.5 on April 1. Kirkland Gold is one of the best gold stocks in the market right now and it makes perfect sense to buy it. A quick look at its financials will tell you that it is massively undervalued. The stock closed April 1 at $44.44. Analysts are very bullish on the stock and they have given it a price target of $57.17, an upside of almost 29% from its current levels.

Loblaw which is part of the George Weston Group will also see the parent company sell off its Weston Foods baked goods subsidiary that will unlock solid value for the company. During the conference call with analysts, the company said, “In 2021, on a full-year comparative basis, we expect our retail business to grow earnings faster than sales and to grow year-over-year profitability….We expect earnings per share growth in the low double digits and to vest approximately $1.2 billion in capital expenditures…” Analysts have given a price target of $75.73 for Loblaw stock and it also pays out a dividend of 1.9%. This is a safe stock to buy when inflation fears are high.

Enbridge is one the best plays in the oil and gas midstream space. Right now, oil prices are struggling to stay over the $62 mark because of a resurgence of COVID-19 cases across the world. But as the year goes by, and people get vaccinated, demand for oil will surge and players like Enbridge will continue to do well.

The two areas where Enbridge rules the roost are dividend and growth. The company announced an almost 10% hike in its dividend payout at the start of 2020 before the pandemic and later increased it by a further 3% during the pandemic. This should tell you all you need to know about the company’s financial prowess even during tough times. Enbridge currently pays out a dividend of 7.22% and has increased its dividend payout for 26 years in a row. When it comes to growth, Enbridge has committed to spending between $3 billion and $4 billion at least until 2023. This means that investors can expect its dividends to go up as well.

Analysts have given Enbridge stock a price target of $51.87 which is an upside of over 12% from its current price of $46.23. Enbridge is a safe harbour during stormy times.

If inflation goes up, it will mean that Canada’s central bank has raised interest rates. Interest rates in Canada have been at record lows during the pandemic and it’s a matter of time when they will go up. When they go up, it will add a lot of heft to banks’ top and bottom lines.

Royal Bank of Canada is probably best placed to reap the advantages of rising interest rates. The bank operates in five segments: Personal and commercial banking, wealth management, insurance, investor and treasury services, and capital markets. All the segments reported increased numbers for Q1 2021, with personal and commercial banking reporting an increase of 6% to $1.8 billion, and capital markets income going up 21% to $1.06 billion. Both comparisons are for the same period in 2020. It reported net income of $3.8 billion for the quarter ended January 31, 2021, up $338 million or 10% from the prior year. At $2.69, it comfortably beat analysts’ estimates of $2.27 for EPS (earnings per share).

Analysts have given Royal Bank of Canada a target of $121.57. the stock closed April 1 at $116. The bank’s stock pays out a dividend of 3.72% which will hold investors in good stead.

Real Matters is a tech play on mortgage and lending services in Canada and the United States. The reason behind the drop in its share price after August 2020 has been a mystery. Revenues grew by 41% to $455.9 million and EBITDA grew by 149% to $72.2 million.

Analysts have given the stock a target of $22.4 which is an upside of almost 54%. As interest rates rise, it will be interesting to see how Real Matters performs. A small part of your investment can be used for this stock.