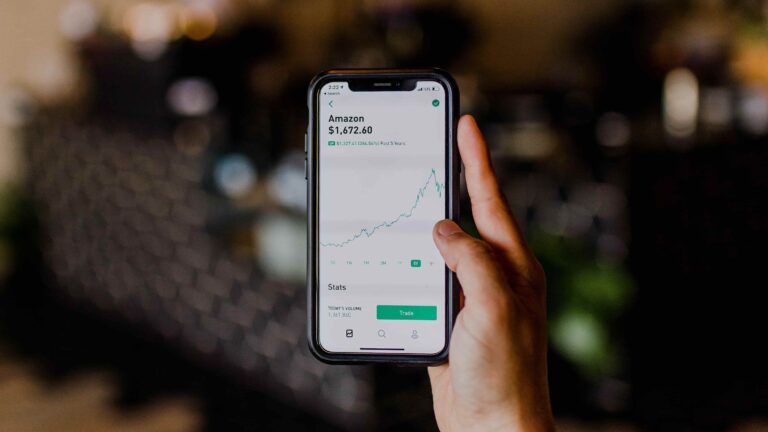 In 2013, Jim Cramer, host of CNBC’s Mad Money show, coined the term FANG to praise four companies for being “totally dominant in their markets.” These companies were Facebook, Amazon, Netflix, and Google. In 2017, the acronym expanded to FAANG, with Apple getting added to the list. FAANG became the de facto “star” of the markets. The FAANG companies were the ones to beat. Until now. Recently, Constellation Research Principal Analyst & Founder Ray Wang told Yahoo Finance Live that FAANG might be passe. It’s now time for MATANA.

What’s MATANA? Microsoft, Apple, Tesla, Alphabet, Nvidia, and Amazon. What about Facebook (Meta) and Netflix? They need to play a lot of catch-ups to get back in the game, said Wong.

Wong is particularly hard on Meta. He said, “Facebook has got to do something besides ads. Once again, they’re taking a beating for it. So, is it going to be the glasses? Is it going to be the metaverse? We’re not there yet, and that’s really kind of what the challenge is.”

The second stock to drop off FAANG to make way for MATANA is Netflix. For Netflix, the drop-case is relatively simple: Subscribers. Or rather, the lack of it. We wrote an article on Netflix in August stating it as one of the stocks to avoid even if it was available for cheap. It said, “Netflix’s glory days as a growth stock are likely over… It has a price-to-sales ratio of 3.68, which is not befitting a growth stock.”

“Product placement should be where they are, plus the ability to do IP licensing. Look at how Disney makes its money.”

Time To Say Hello To MATANA And Wave FAANG Goodbye

Now, back to MATANA. Let’s look at each of the stocks and how they stack up.

Microsoft stock is down almost 27% in 2022 so far, and the outlook for tech stocks, in general, is not too rosy. As a recession looms, enterprise customers will cut back on spending, which will cause their sales to slow down. However, the tech giant’s impressive cash flow is one major factor. For the year ended June 30, 2022, it recorded a cash flow of over $89 billion. These funds can ensure that it doesn’t have to cut back on investments in the metaverse, AI, virtual reality, etc.

This is the second stock in MATANA and the most valuable brand in the world right now. It is one of the largest companies in the world, with a market cap of $2.42 trillion.

In its latest quarterly earnings ended June 30, 2022, it posted a June quarter revenue record of $83 billion, up 2% year over year. Luca Maestri, Apple’s CFO, said, “During the quarter, we generated nearly $23 billion in operating cash flow, returned over $28 billion to our shareholders, and continued to invest in our long-term growth plans.”

It generates so much cash flow that it has spent $529.1 billion in share buybacks since FY 2012. Warren Buffett is a huge Apple fan. He bought Apple for the first time in 2016. Since then, the company has accounted for 40% of Buffett’s portfolio! In 2018, Buffett said Apple “earns almost twice as much as the second-most profitable company in the United States.” His company, Berkshire Hathaway, is Apple’s most prominent shareholder apart from index funds. His only regret is that he didn’t start buying the company earlier.

When you think of electric vehicles (EVs), the first name that comes to your mind is Tesla. The stock recently underwent a 3-for-1 stock split, but it has lost around 10% since then. In 2022, the stock has dropped almost 25%.

The company reported its earnings for the quarter that ended June 30, 2022. It produced over 258,000 vehicles and delivered over 254,000 vehicles. June 2022 was the “highest vehicle production month in Tesla’s history.” The company managed this “despite ongoing supply chain challenges and factory shutdowns beyond our control.” Total revenue for Q2 2022 grew 42% year-on-year to $16.9 billion. Tesla’s operating margin of 14.6% is among the highest in the industry, and it generated a positive cash flow of $621 million in the quarter. The company has around $18 billion in cash and equivalents.

Tesla stock closed on September 20 at $308.55, and the average analyst target for the stock is $305.1, suggesting the stock is fairly valued now.

Next up on the MATANA lineup is Alphabet. Google is the undisputed leader in search, and the company is a cash machine. The company’s earnings for the quarter ended June 30, 2022, saw revenues rise 13% year-on-year to $69.7 billion.

Alphabet makes a significant chunk of its revenues through advertising. Its ad business – Google Search, YouTube, and Google Network, saw revenues for the first half of 2022 come in at $111 billion compared to $95 billion in the first half of 2021. Operating income came in at $39.5 billion compared to $35.8 billion. These numbers have come in even as companies worldwide grapple with reduced ad spending. However, Google benefits directly from a cut in ad spending, and companies will direct their resources to the player with the largest reach, which is Google.

Nvidia stock has been under pressure for some time. Its Q2 earnings were nothing great to write about. Revenue for the second quarter ended July 31, 2022, came in at $6.70 billion, up 3% from the corresponding quarter a year ago but down 19% sequentially. The market estimated EPS (Earnings Per Share) at $1.25, but it came in at just $0.51.

A significant reason for the earnings disappointment was the fall in demand for its gaming GPUs (Graphic Processing Units). China has also impacted the numbers. Chief Financial Officer Colette Kress said, “Sales to North America hyperscale and cloud computing customers increased but were more than offset by lower sales to China hyperscale customers affected by domestic economic conditions.”

However, according to Fortune Business Insights, the global semiconductor industry is growing at a CAGR (Compounded Annual Growth Rate) of 12.2% until 2029. It estimates the market to grow from $573.44 billion in 2022 to $ 1,380.79 billion by 2029. Nvidia is in a prime position to take advantage of this growth.

This stock makes up the last A in MATANA. 2022 hasn’t been great for Amazon, and it has lost almost 48% this year. It has missed estimates for two consecutive quarters this year. It reported a loss for both quarters. Its significant loss was a $2 billion decrease in the valuation of electric truck maker Rivian.

Its sales for Q2 2022 increased 7% to $121 billion compared to Q2 2021. Amazon has gone all out to trim its losses and become more efficient. It has identified $6 billion in excess costs and has already reduced it by $1.5 billion.

Amazon is still the first choice for millions of people worldwide when they want to buy stuff online. It is an e-commerce behemoth, and it would take a courageous person to bet against this stock.