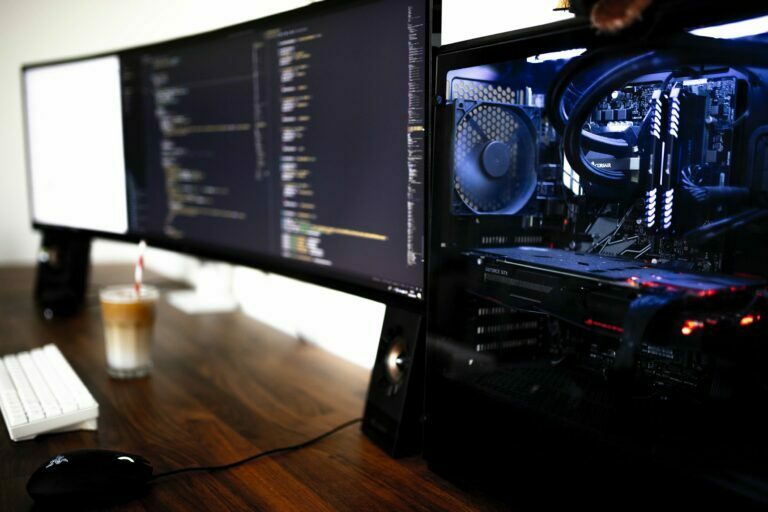 The stock market sell-off amidst the coronavirus scare has created an opportunity for long-term investors to buy high-growth stocks at a cheap price. Last year, five semiconductor stocks made it to the top ten performers of the S&P 500. Advanced Micro Devices (AMD) was the best S&P 500 performer in 2018 and 2019 and Nvidia (NVDA) in 2020, growing ~10% YTD (year-to-date).

The US and China are the two major semiconductor markets. They are also the epicenters of coronavirus. Investors feared that the resulting lockdown from the pandemic would disrupt semiconductor supply and delay demand, sending AMD’s and Nvidia’s stocks down over 34% between February 19 and March 16. However, this sell-off opened a buy window.

Nvidia vs AMD: What is the Better Semiconductor Stock?

The coronavirus phase will pass. When things normalize, AMD and Nvidia will return to high growth. In fact, the two stocks have already recovered more than 80% of the coronavirus sell-off. If you had invested $1,000 in Nvidia at the dip, you would have earned more than $330 in less than a month. Similarly, in the case of AMD, you would have earned ~$250.

Amidst the covid uncertainty, we could see more lows and peaks. Long-term investors should seize the next sell-off opportunity and buy stocks like AMD and Nvidia with high growth potential. But if you have to choose one, which stock should you pick in such uncertain times.To begin with, let’s see how AMD and Nvidia differ.

Strengths and weakness of AMD and Nvidia

Both AMD and Nvidia make graphics cards mainly used in game consoles and PCs. These cards are also used in data centers for AI (artificial intelligence) and deep learning. Nvidia is a leader in the graphics space with a 68% market share in Q4 2019, according to Jon Peddie Research. However, AMD is catching up, increasing its share to 31.08% in Q4 2019 from 18.8% last year.

On the technology front, Nvidia has the most advanced GPUs for high-end gaming and AI. Moreover, it has a lead in the next-generation technologies of AV (autonomous vehicles) and AI at the edge. The firm is also tapping the next wave of 5G networking. All these technologies are at a nascent stage. When they roll out in full swing, Nvidia will have the upper hand over its competitors, including AMD.

AMD, on the other hand, has a broader product portfolio of GPUs and CPUs (central processing unit) for PCs, servers, and game consoles. It is growing faster than Nvidia and Intel, its CPU rival, by gaining market share. AMD’s total CPU market share rose from 12.3% in Q4 2018 to 15.5% in Q4 2019, reported Tom’s Hardware citing data from Mercury Research.

On the other hand, AMD’s revenue and profitability were fuelled by the launch of new products and market share gain. It expects revenue to rise by 41.5% YoY in Q1 2020.

The coronavirus pandemic will have both a positive and negative impact on AMD’s and Nvidia’s revenue. With the spread of covid 19 and global lockdowns, people have started working from home, and students moved to online education. This trend created a sudden surge in demand for laptops and networking equipment. The supply fell short of demand as factories in China were closed amidst the pandemic. PC shipments dropped 8% YoY in Q1 2020, according to Canalys data. AMD and Nvidia expect COVID to reduce their Q1 2020 revenue by $50 million and $100 million, respectively.

Beyond Q1, the PC demand might slow as companies and customers reduce spending amidst the uncertainty surrounding the magnitude, duration, and outcome of the pandemic. However, data center demand might remain high as work, gaming, entertainment, and education go online, putting more work on the cloud.

Before the covid pandemic, AMD and Nvidia planned to launch their next-generation chips in the second half. If the lockdowns continue for a longer period, the two companies might delay the launches.

Strong balance sheet and cash flow vital in a downturn

When demand and supply both are tight, a company with stable cash flows and less debt tend to perform well. In Q4 2019, AMD paid down almost 50% of its debt, thereby improving its net cash balance to ~$1 billion. However, Nvidia has a more robust balance sheet with $8.9 billion net cash balance. Not only does Nvidia have a stronger cash reserve, but its free cash flow of $4.2 billion is also above AMD’s $276 million.

What do the above cash figures mean? In the event revenues fall significantly, AMD will have to resort to lending to meet its operating expenses. On the other hand, Nvidia can fund its operations for a longer duration.

Which is a better buy – AMD or Nvidia?

Both AMD and Nvidia have firm footing with good growth prospects. The two stocks will grow once things normalize. However, Nvidia is better prepared to deal with the COVID uncertainty than AMD. Moreover, Nvidia has a better longer-term growth prospect given its advantage in future technology trends of AI, autonomous vehicles, and 5G.