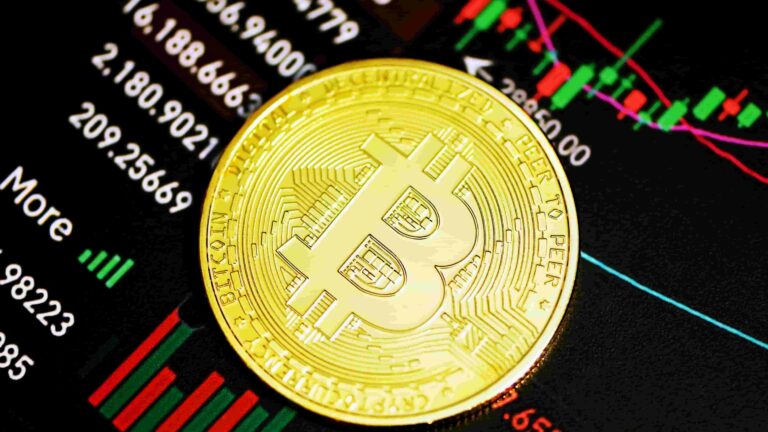 MicroStrategy Incorporated is a US-based software and Bitcoin holding company that is engaged in the process of providing business intelligence, mobile software, and cloud-based services to organizations around the world. MicroStrategy shares have been going through a tough situation over the past few months. With all the ongoing geopolitical tensions and rising inflation levels, the MicroStrategy stock has lost close to 60% of its value so far this year.

The market feels the stock has suffered so much because of its great exposure to Bitcoin which has also been subjected to some extreme levels of volatility and has lost almost 40% of its value during the same period. Further, because of the company’s decision to integrate Bitcoin as a part of its core operations the stock is not on the radar of low-risk profile investors as the risk factors associated with the MicroStrategy stock are much higher.

So, is MicroStrategy stock a good buy at this moment amidst all these unfavourable market conditions?

Bitcoin prices have a huge impact on the price of the MicroStrategy stock as a whole. This is because MicroStrategy’s business is highly tied to that cryptocurrency as the company had purchased huge numbers of Bitcoins when its price had fallen to the $26,000 range preciously. The company’s balance sheet had 129,218 Bitcoins by the end of March this year amounting to $3.9 Billion as per the current price levels of $30,300 per coin. No other publicly traded company operating in the United States has ever held such high numbers of Bitcoin as done by MicroStrategy.

MicroStrategy was a struggling company before it decided to enter the cryptocurrency space and accumulate Bitcoin. But thereafter it has been continuously increasing its holding on the said cryptocurrency. While this strategy worked very well in a bull market and market conditions were favorable, right now the market is in the grip of a bear hug, and Bitcoin price has continuously gone down. The MicroStrategy stock’s value has gotten wrecked.

Moreover, the current levels of volatility in the value of Bitcoin also indicate cryptocurrencies can’t be considered a recession restraint in any way. MicroStrategy’s CEO, Michael Saylor, feels Bitcoin is the most certain thing in this uncertain world compared to other cryptocurrencies, stocks or even properties. He said that its volatility is irrelevant to the company because of its strong fundamentals, but the price movements of the stock do not back up his words. Also, the collapse in the MicroStrategy stock’s value shows people’s sentiment toward such risk assets as well as the effects of the slide in the price of Bitcoin and rising interest rates on the debts and loans of the company’s balance sheet.

MicroStrategy has been continuously taking out billions of loans by giving out Bitcoin as collateral. It has taken loans or debt of around $2.4 billion backed by Bitcoins and has been using those proceeds to purchase more numbers of those tokens. Such a practice has become a larger part of the company’s present strategy. But the good thing is MicroStrategy did clarify it has never faced a margin call requiring it to increase the value of its collateral.

Also, it has about 95,643 unencumbered Bitcoins to this date which had not yet been pledged as collateral yet. Yet, despite that, the company has been purchasing more and more Bitcoin by taking more and more debt consistently following the fall in the price levels of Bitcoins. Within the first quarter of this year itself, MicroStrategy had added 4,827 Bitcoins in total regardless of the fall in the value of its total Bitcoin investments.

Moreover, it has also struck a loan of $205 million with Silvergate Capital, a crypto bank, by putting in as collateral $820 million worth of Bitcoins at the time of issuance. The said loan will mature on March 2025 and bears a monthly interest floating rate of 30-day average Secured Overnight Financing Rate (SOFR) plus 3.7%. With this, its interest expense will go up to $44 million.

MicroStrategy has been consistently reporting losses for the past few quarters. For the quarter ending 31st March 2022, its quarterly sales fell by around 3% year-over-year and it also reported a huge loss of $11.58 per share against a loss of $11.40 reported a year earlier and the earnings of $1.54 per share reported two years ago. Also, as per the said financials, the company’s performance was worse than what the market had predicted earlier.

A majority chunk of these losses consists of impairment charges created against the digital assets which had occurred because of the fall in the values of MicroStrategy’s Bitcoin investments. Also, the company’s weak software segment is putting further pressure on its already trembling financial statements. Although there are still sufficient levels of liquidity in the company’s balance sheet the consistent increase in the value of its debt levels does trigger a bit of doubt regarding its ability to remain solvent in the future even if there is sufficient stability in the price of the bitcoins.

To sum up, in a bullish market the MicroStrategy stock can provide its investors with a huge amount of return. But, ups and downs in the market are unavoidable indeed and by putting all its eggs in the same basket the company is taking extreme levels of risk. If it does not diversify its exposure then in the long run a situation might arise when it won’t be able to settle all its loans and liabilities in general. Therefore, considering the high-risk level this stock won’t be suitable for investors who don’t have a very high-risk appetite.