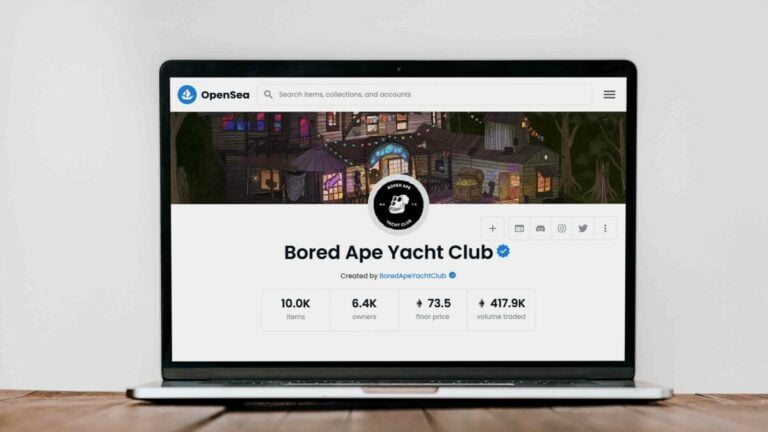 If a quizmaster asked you this in a rapid-fire round, what would you answer: Who are Greg Solano, Wylie Aronow, Emperor Tomato Ketchup and No Sass? The correct answer is that they are the founding apes or co-founders of the Bored Apes Yacht Club. Until last year, no one knew their real names. We still don’t know the true identities of Messrs Ketchup and Sass. And yet, these four 30-somethings revolutionized the world of NFTs (non-fungible tokens).

The 10,000 expressionless apes they created are going to be part of a music band from the stables of Universal Music Group, a movie trilogy based on their likeness is in the works thanks to Coinbase and a pop-up restaurant on them is up and running by restaurateur Andy Nguyen.

By the way, rapper Eminem has purchased one Bored Ape NFT as has Paris Hilton. How did this come to pass? How did four unknown guys suddenly become the poster boys of the NFT space? This is their timeline:

How Bored Apes Became The Most Popular NFT Project

What do a college drop-out and three people who work a 9-5 have in common? Nothing really, other than the fact that they are friends and the founding members of a multi-million dollar NFT collection called the Bored Ape Yacht Club or BAYC. In early 2021, Gargamel, Gordon Goner, Emperor Tomato Ketchup, and No Sass, as they were known, created Bored Apes to give NFT collectors an official home which led to the development of the BAYC. The names and identities of all the founders of the BAYC are still unknown however, we know that Greg Solano and Wylie Aronow are the real names of two of the founders.

The Bored Apes project was launched in the Spring of 2021, on April 23, by Yuga Labs. Each token was minted at 0.8 ETH or $200 in the beginning and sold out within 12 hours of its release. Now, the floor price of a token is 99 ETH which converts to over $257,000. Each Bored Ape NFT owner also gets a membership card for exclusive members-only benefits like exclusive events and access to “The Bathroom”. Apart from Eminem and Paris Hilton, Stephen Curry, Snoop Dogg, Jimmy Fallon and Post Malone, among many others, have also bought Bored Apes NFTs.

During the initial Bored Ape NFT launch, a total of five Caged Ape tokens were held back from the sale. The main of this was to incentivise owners with the chance to own and win a rare asset at random. The Caged Apes tokens were then airdropped to five lucky and random Apeholders later the same year as the launch.

In May 2021, the Bored Ape Yacht Club created and launched their very own YouTube channel along with a LoFi radio that plays LoFi music to listeners at any time and any place.

On August 28, 2021, the founders of the BAYC launched the public sale of the twenty thousand Mutant Ape Yacht Club, MAYC, NFTs which are created by exposing a Bored Ape to a vial of mutant serum. Ten thousand of the Mutant Ape NFTs were launched to be sold to anyone to draw in new buyers, while ten thousand were kept specifically for owners of bored apes. The Bored Ape Kennel Club, BACK, is a collection of ten thousand companion dogs to the bored ape NFTs for free in June 2021. A percentage of the secondary sales of the kennel club was donated to no-kill animal shelters.

The creators of BAYC announced that the first Mutant Ape Yacht Club merchandise drop on the 22nd of October 2021. They announced that they would be focusing on MAYC merch with the aim for future drops for merch for other BAYC related items. The drop featured limited edition tees, hoodies, caps, posters and beanies. Recently, the creators announced another merch drop to be released on the 28th of March 2022. The second merch drop was to be bought only with Apecoin, a cryptocurrency released by the BAYC creators.

In September 2021, the BAYC creators organised a treasure hunt exclusively for members where a winner would be rewarded with 5 ETH along with a Bored Ape NFT. Solving the treasure hunt required token owners to solve various puzzles that included both complex and simpler ones.

A steady increase in asset prices

From its conception in April 2021 till January 2022, the sale price of Bored Apes assets has not seen a dip. Starting at $313 in April 2021, the price of a Bored Ape NFT has grown to a whopping $295,000 in January 2022, which is an uncommon phenomenon as many other NFT projects see increases and dips in the same amount of time. It is believed that their early introduction into the market helped them grow in price and popularity with more people looking to own a Bored Ape token.

In early May 2022, the BAYC creators, Yuga Lab made up to $320 million in cryptocurrency thanks to the sale of virtual land in the metaverse. This has made them become one of the largest NFTs to launch to date. Their metaverse game called “Otherside” consists of plots of land that costs up to $5,800 in ApeCoin, the Bored Ape cryptocurrency. With the sales of virtual land becoming increasingly popular, Bored Apes have created a game that is one of the leaders in the market. It is said that the high demand in the Otherside game even caused a temporary blackout on the Ethereum network.

From the beginning of the Bored Apes project, up until its recent sales in the metaverse, the creators seem to have done everything right. People all over the world are buying these NFTs and they have become a high commodity that gives their owners an edge, thanks to the exclusivity and all the utilities that come alongside owning a Bored Ape. Owners of Bored Ape NFTs get full ownership of the asset and can even use their token to feature in a commercial or even a local company. With all the benefits that come with owning a Bored Ape, one can understand and appreciate why they have grown in popularity in the last year.