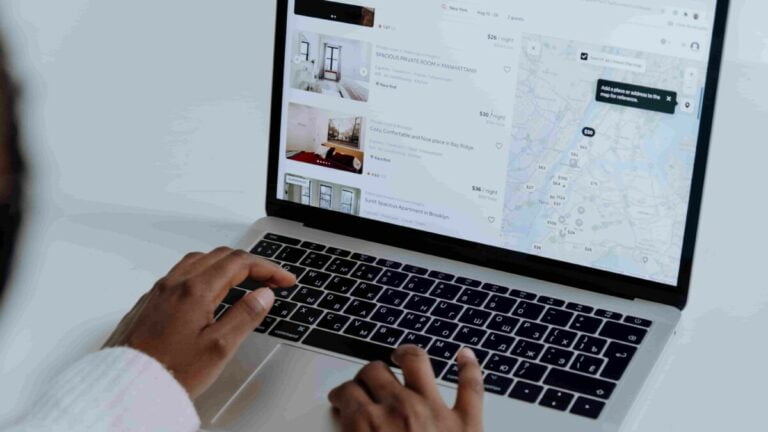 Airbnb is a US-based conglomerate that runs an online marketplace to let travelers book housing properties around the world for purposes such as lodging, primary homestays, vacation rentals, and tourism activities. The Airbnb stock price has been on a roller-coaster since its debut in January 2021. It hit a high of $206 in February 2021 just before the second wave of the pandemic. It then fell to $140 in May as the second way halted travel around the world. On February 16, 2022, it was up to $186. Then Russia invaded Ukraine, and the stock has lost around 30% in just over 20 days.

The market is in two minds about Airbnb stock. Will the stress on the stock stay for an extended period or is it a good opportunity to buy the Airbnb stock at a discount?

The past few days have been incredibly hard on Ukraine and its countrymen. Anti-war protests are being held in different parts of the world and people on the internet are also looking out for means to provide shelter and immediate monetary assistance to the people living in the war-hit country.

Recently, some people have come up with the unusual idea of booking rooms that are located in the region of Ukraine for rent via the Airbnb portal. Initially, one Twitter user had Tweeted about this idea, and soon hundreds of others started going with this trend. Accordingly, hundreds of rooms are being booked on the Airbnb portal these days and within the first forty-eight hours itself, 61,406 nights were booked in Ukraine, collecting a total of $1.9 million for all the people in need.

Airbnb had previously stated that they would be providing free housing to 100,000 Ukrainian refugees and would also participate in other initiatives that share the same motive. So, when it started experiencing the surge in bookings across the region of Ukraine it decided not to take any share from those bookings. Moreover, last year the company had also helped over 21,000 Afghan refugees to resettle following the Taliban’s takeover of Afghanistan.

It is said that companies which can create a good reputation for themselves in the society often get to enjoy increased levels of sales. Therefore, though Airbnb might not be making any money from these increased bookings at present, the company’s global reputation is definitely going to increase in the coming days which will potentially drive its future earnings.

During the pandemic, Airbnb’s operations got hurt by the countrywide lockdowns around the world. Even to this day Covid requirements and people’s fear of travel have crippled the profits of companies like Airbnb belonging to the travel and hospitality industry. As of today, people are still required to wear masks while traveling and air travelers are required to take Covid tests prior to their departure and are also subjected to constantly changing quarantine regulations mainly in the case of international travels.

As things gradually started showing some improvements, the recent conflict between Russia and Ukraine brought in further challenges for the company. Europe is generally considered the heartland of the tourism industry and the Ukraine war meant a huge unpleasant situation had occurred for the company. Besides, the war is occurring at a time when the travel industry has not recovered fully and these unprecedented economic hardships might further impair the bookings of the company, thereby affecting the Airbnb stock.

War can change the travel pattern of people and also lead to a lack of service personnel, creating supply chain issues. So, due to the ongoing conditions, many business people and vacationers will not prefer going over the European regions because of the risk of getting mobbed or robbed in a distant land or at an unknown location. Also, it is still quite early to comment whether the Ukrainian crisis will limit to the localized area of Europe or spread to other areas as well. But if such a condition continues further, the travel industry’s heath would deteriorate further.

US President Joe Biden a few days back imposed a series of new sanctions against a certain number of the Russian elite and their families including Putin’s press secretary, Dmitry Peskov in response to the conflict in Ukraine. Due to this reason, Airbnb too had to suspend all its operations in Belarus and Russia following the bombing at the Zaporizhzhia Nuclear Power Plant.

Again, Russian oil is highly demanded across the European region and due to this war, the cost of fuel consumption across Europe is going to increase massively. Besides, the level of inflation which is already high at this moment is going to increase to a much higher level thereby increasing the company’s overall cost of operations. So, even as a result of this Airbnb is going to experience lesser income levels by being burdened by the huge increase in its cost of operations.

For the short-term investors, Airbnb stock may not be the perfect stock at this moment. The war is going to create quite some tough situations that the company will have to navigate its way out of. However, nobody can deny the fact that Airbnb’s business holds a lot of potential. While it might miss on gains in the short term, its long-term prospects still look promising. Therefore, if you are a long-term investor who can stay unbothered with the momentary losses, the Airbnb stock is a good buy for your portfolio.