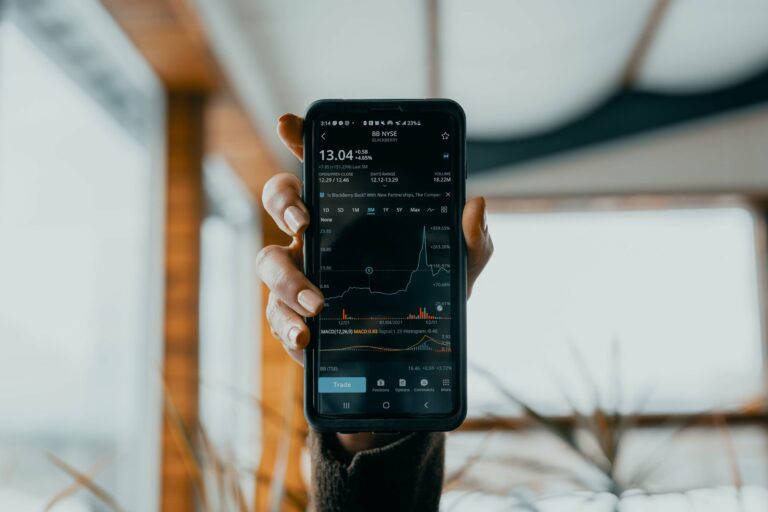 Blackberry is a completely different company now than it was almost a decade ago. From being a mobile phone company in the past decade, the Canada-based giant is now a specialized cybersecurity company that provides services like enterprise-critical event management solutions, endpoint protection, and promotes internet security by employing artificial intelligence and machine learning mechanisms against any cyber threats.

The Blackberry stock has been on a roller coaster ride since last year. After gaining huge popularity on Reddit, it achieved ‘meme’ stock status and jumped a mammoth 117% in the past year clearly outpacing the TSX Composite index that grew only by 26%. However, as with most meme stocks, the stock has lost most of its gains post-January this year and to date has managed to preserve a growth of about 70%.

The most popular way of achieving growth is by acquiring high potential companies through M&As. Blackberry has followed this route quite well and is currently standing at a market capitalization of $7.86 billion. The company has entered into a series of acquisitions over the last couple of years expanding its operations across multiple spheres. Amongst the multiple acquisitions made by the company, the most notable ones are with Amazon Web Services and Baidu.

Blackberry is keen to enter into the newly growing electric vehicle segment and for that, it is developing advanced technological solutions. To solidify its position in this segment, the company entered into a multi-year partnership with the world’s largest infrastructure cloud platform, Amazon Web Services, in 2020 where both tech companies would co-develop and market Blackberry’s IVY, a cloud-based intelligent vehicle data platform. The data platform would provide the automobile makers with a standardized and secured way to read and analyze data relating to vehicle sensors. BlackBerry’s QNX embedded OS for vehicles is supposed to merge with AWS’ IoT (Internet of Things) and machine learning services as per the terms of the said deal.

Additionally, the company has also kept its eye on China which has the largest automotive and electric vehicle market in the whole world. This is one of the primary reasons for which the company partnered with the Chinese Tech Giant, Baidu. Under the said partnership deal Baidu will integrate its high-definition maps into BlackBerry’s QNX Neutrino Real-Time Operating System and later on the same would be used in the mass production of GAC New Energy Aion models of electronic vehicles that are about to take place in the country in the coming days.

In the present times, people’s concern for the environment has increased substantially. As a result, people are trying to do away from the traditional sources of fossil fuels and are trying to adopt newer technologies like electronic vehicles. Electronic vehicles are the future and their demand has just started increasing. Because in the coming days the demand for EVs would be massive, companies that are venturing early into this futuristic technology could possibly be the leaders. Blackberry’s efforts to gain from the upcoming automotive industry trends are really remarkable. The company has been trying to expand its offerings to those automobile players trying to enter into the EV space that can possibly compete with giants like Tesla and Nio.

Blackberry’s Project IVY is something everyone should keep their eyes on. The present growth driver that can potentially be one of the biggest contributors to Blackberry’s massive success in the coming quarters is its Project IVY with AWS. As per the ongoing trends, this project has all the qualities that can strengthen Blackberry’s fundamentals and take its business to a parabolic level. This is because IVY standardizes the data points which allows software producers to develop products that are compatible across vehicles with ease while otherwise, different component manufacturers generate data in various formats, and that creates challenges for software developers. Moreover, as the project involves a giant like Amazon the chances of being successful also gets increased to a greater level because Amazon being a highly reputed company would not indulge in initiatives that won’t hold well in the coming days.

Improved results have already started showing up. In its last quarterly report, BlackBerry mentioned that its QNX is now embedded in over 195 million vehicles, increasing from over 175 million vehicles last year and this number would only grow more with the passing of time.

Blackberry is trying to strengthen its fundamentals and its efforts towards improvement are clearly visible from its financials. The company came out with its Q2 2021 numbers. The company reported a loss of only $62 million compared to $636 million in the corresponding quarter last year. Also, compared to the past quarter the losses have seen an incredible 80% reduction. As a result of reduced losses, the company’s EPS has also improved. However, there has been a reduction in the company’s revenues. Blackberry recorded its revenues at $174 million this quarter against the $206 million of last year indicating a $32 million reduction. But with all the ongoing improvements especially in the segment of EVs, it seems the company would be able to make up for the revenue loss soon and will emerge as a profitable organization in the coming quarters.

Despite all the roller coaster rides Blackberry has been through, the company’s increasing focus in the segment of emerging automotive developments can be a total game-changer and prove to be a major growth driver for the company’s long-term success. Although considering the amount of volatility in Blackberry’s shares it might be difficult for the company’s shares to reach a $35 mark by 2025 but there is no doubt about the success that would follow. The stock is quite cheap now and is trading only at $13.88 per share, so it is the perfect time for investors to dive into Blackberry.