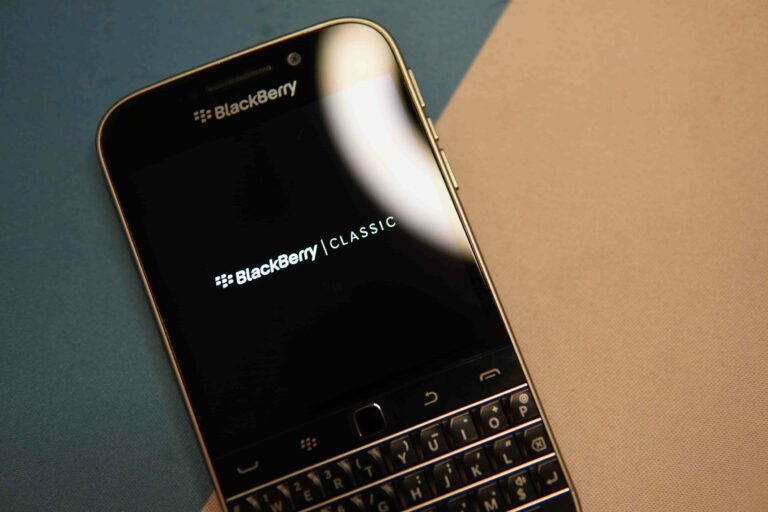 Meme stocks run on momentum. As long as there are enough investors egging the stock on, and coming up with new reasons to buy and HODL, the stock is on an uptrend. We saw that happen to GameStop in January and then with AMC in June.

Now, it seems like meme hypers have turned their attention to BlackBerry. The stock closed at $8.59 on May 25 before all sorts of news started emerging hyping up the company on social media, especially on the subreddit WallStreetBets. By June 3, BlackBerry stock was up 85% at $15.88.

As is the case with meme stocks, the fundamental strengths of BlackBerry are rarely discussed on WallStreetBets. A June 4 post talking about BlackBerry, which has been upvoted over 7,800 times and has almost 1,000 comments, talks about a factory worker’s wonderful experience at BlackBerry. The issue is the experience is from the heydays of BlackBerry, and the comments are all about how BlackBerry is a great stock to invest in because of the poster’s life-changing experience.

These are true meme stock stories that make absolutely no sense to seasoned stock market investors.

What’s Next for BlackBerry?

Does this signal the end of the meme stock phenomenon? Unlikely, says Catherine Keating, BNY Mellon Wealth Management CEO. At the CNBC Evolve Global Summit in the first half of June, she said, “This is a permanent change. It is a new generation of investors.”

However, what sets BlackBerry apart from the other meme stocks is the fact that it has switched over from being one of the world’s biggest smartphone players to becoming a corporate software and service provider.

BlackBerry as a stock has a lot of value beyond its meme status. Jim Pearce, editor of Investing Daily’s Personal Finance had said it was ‘a sweet ambush trade for 2021’ in December last year. The stock has risen 93% since then as of its June 22 closing price. The company had a market cap of less than $5 billion then. It is around $7.5 billion today.

Two areas that the company can benefit from over the next several years are cybersecurity and electric vehicles. In December 2020, BlackBerry and AWS (Amazon Web Services) announced a multi-year, global agreement to develop and market BlackBerry’s intelligent vehicle data platform, IVY. The press release said, “BlackBerry IVY is a scalable, cloud-connected software platform that will allow automakers to provide a consistent and secure way to read vehicle sensor data, normalize it, and create actionable insights from that data both locally in the vehicle and in the cloud. Automakers can use this information to create responsive in-vehicle services that enhance driver and passenger experiences.”

BlackBerry QNX, its car operating software is spreading its reach exponentially. It has become the de-facto for in-car operating systems. To put it into smartphone terminology, QNX is the Android or iOS for the car’s smart system. Modern cars are complex and different parts are manufactured by different companies. However, all of them have to communicate with each other. QNX enables that.

In an interview with the Tech Republic, Grant Courville, BlackBerry’s vice president for products and strategy, and one of the people in charge of QNX said, “The consumer won’t ever see our logo. They won’t ever see our software… but we provide the safe and secure plumbing in the car.”

On June 21, the company announced that Strategy Analytics, a leading independent research firm, has determined BlackBerry QNX software is now embedded in over 195 million vehicles, an increase of 20 million from the year before. BlackBerry also announced that BlackBerry QNX royalty revenue backlog has increased to $490 million at the end of its first quarter of the fiscal year 2022.  This represents a 9% increase, from $450 million last year.

Its white paper lists down 10 reasons why 23 out of the top 25 electric vehicle manufacturers choose the QNX for their EV software, services and knowledge. While the software is important in modern vehicles, it is even more fundamental for electric vehicles. Clearly, BlackBerry is not making the same error it made with mobile phones where it built a closed system.

In May 2021, Chinese electric vehicle company WM Motor announced that it would partner with BlackBerry to provide the software for its new W6 SUV model. According to BlackBerry, “The W6 is China’s first mass-produced vehicle that can autonomously perform specific parking maneuvers.”

According to an analysis of the US auto market by Cox Automotive and Kelley Blue Book, sales growth of both electric and hybrid vehicles outpaced overall market performance in the first quarter of 2021. Electrified vehicles – automobiles featuring large battery packs and electric motors in the propulsion system – accounted for 7.8% of the total US market, up from 4.8% in Q1 2020.

This is a very low base for BlackBerry to build on, and it is ripe for an almost fresh start for the company. BlackBerry is ripe for the picking here as it builds on a new growth story. If you are picking it up for its meme value, there are chances it could touch the $28-$30 levels it hit in January even as the GameStop short squeeze was unfolding. However, this is a great stock for the long term as well.