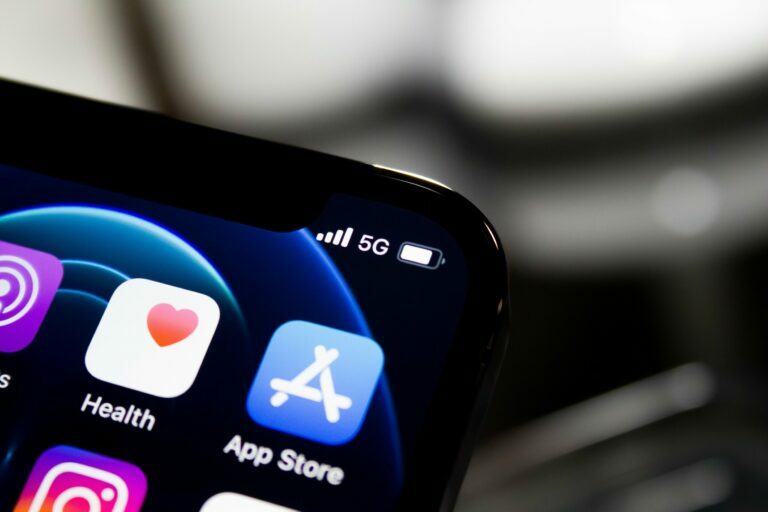 It is a matter of time before 5G rollout in North America is the norm. Companies and investors who are early to jump on this bandwagon will reap a lot of benefits. Here’s a list of the best 5G stocks that pay out great dividends to boot:

While the pandemic has been very unkind to smaller players in every sector, it has given the bigger players an opportunity to consolidate and increase their market share. It looks like Telus is on the path to increasing its hold in key regions.

It reported its Q3 figures and the company recorded customer growth of 277,000 net additions, representing Telus’ highest quarter on record for combined wireless and wireline loading. Revenue grew 7.7% to $4 billion against analyst expectation of $3.82 billion, and the company increased its quarterly dividend to $0.3112 per share.

Telus is a dividend superstar on this list with a forward yield of 5.4%. This stock also adds a nice passive income stream to your TFSA (tax-free savings account).

Telus rolled out its 5G network in June this year in Toronto, Montreal, Calgary, Edmonton and Vancouver. In September, it expanded it service to 19 more cities in Ontario, Alberta, Quebec and British Columbia. In October, it announced that it would further expand its reach in B.C.

Another huge plus point for Telus investors is that the company is diversifying beyond its phones and internet businesses. It has started operations in areas like digital and IT services, healthcare, agriculture and home security. In fact, Telus is one of Canada’s largest digital healthcare platforms. This vertical contributes nearly $1 billion in revenue every year. It’s a fundamentally strong stock for investors to accumulate.

Rogers claims to be Canada’s biggest 5G operator after it expanded its 5G service to 130 communities across the country. It said that over 2 million Canadians are on its 5G-ready Rogers Infinite unlimited data plans, “representing the most customers of any wireless provider in Canada with no overage fees”.

In Q3, Rogers’ stores reopened and it added 138,000 net postpaid customers, up 34% from the same period last year. The company also delivered 30,000 prepaid net additions. This growth was driven by pent-up consumer demand and an active back-to-school shopping period. The company says it added 300,000 customers to its unlimited plans taking the total number to 2.2 million customers.

Apart from telecom services, Rogers also is a player in the cable services market and sports media. It operates radio and TV networks as well including FX Canada, OLN and TSC. The stock is trading at $55.65 and offers a decent sized dividend yield at 3.62%.

BCE, along with Rogers, controls most of Canada’s telecom market. It sports a whopping 6.12% dividend (increased by 5% from Q3 2020) but the stock has been under pressure during the pandemic. BCE owns over 30 TV and radio stations that have been hurt during COVID-19.

Q3 revenues for BCE decreased 2.6% to $5.7 billion compared to $5.9 billion in Q3 2019, due to the ongoing impacts of COVID-19, particularly on media advertising demand, wireless roaming volumes, and reduced or delayed spending by business customers. When customers don’t go out much, they are less likely to use BCE services. As the second wave of the pandemic and lockdowns hit BCE, the pressure will continue.

However, the company has ample liquidity at $5.2 billion at the end of Q3 to ride out a sluggish macro environment and when normal life resumes, expect BCE to zoom up. BCE also claims to have the fastest 5G network in Canada.

The stock is trading at $53.23, down a fair percent from its 52-week high of $65.28 but it wouldn’t be a stretch to assume that the company will see a reversion once COVID-19 subsides.

Verizon is a market leader in the telecom space with a market cap of $240.6 billion and revenues of $131billion in 2019. It was the first telecom company in the world to roll out 5G network and it claims to have the fastest 5G network in the world. Verizon is constantly expanding its 5G footprint and rolled out its services in Atlanta, Denver, San Jose and Denver.

The company is a giant in the space it operates and moves slowly, as giants tend to move. However, once it picks up pace, it is going to be very difficult to stop the juggernaut.

JP Morgan recently upgraded Verizon and lifted its target price from $61 to $65. The stock is currently trading at $58.15. It sports a dividend payout of 4.32% and it revised its guidance for Q4 where it expects growth of 2%. Up from its prior forecast of 0.7%.

Verizon has also made it clear that it is conserving cash so that it can splurge on spectrum auctions ad that factor remains its top priority. The company also has new revenue streams from its fiber network that could really pay off starting 2022. It’s a good stock to bet on.

AT&T is another telecom giant that has been under pressure thanks to the pandemic and the lockdown. The company reported its Q3 earnings on October 22 and its revenue fell 5% to $42.3 billion. AT&T stock is currently trading at $27.51. It has dropped over 30% from its 52-week highs but the saving grace for the stock is its robust dividend payout of 7.56%.

The Q3 earnings had one bright spot in its wireless subscriber additions. The company gained 645,000 subscribers in the quarter and that caused shares to move up by 6% when it declared its results.

AT&T’s media business continues to remain under pressure as it lost 590,000 pay TV subscribers and 37,000 internet video subscribers in the quarter. This is not a stock that will make you happy in the short term. Hold on to the stock if you have a long horizon on it, considering its extremely juicy dividend yield.