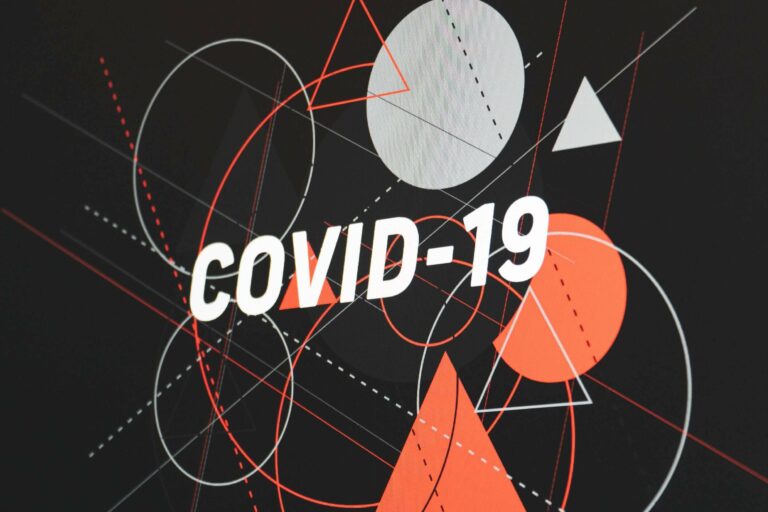 The United States has been making a V-shaped recovery since the last quarter of 2020, with rising GDP and consumer spending and declining unemployment. The country’s recovery rate is just behind China, as US GDP increased at an annualized rate of 1.6% in the first quarter of 2021 (ended March). In comparison, the European region witnessed a double-dip recession in the first three months of 2020, as the Euro Zone GDP shrunk by 0.6% over this period.

Given the bullish macroeconomic backdrop, the US stock markets have been on a roll, as evident from benchmark return points. The Dow Jones Industrial Average has gained 11.5% year-to-date, while S&P 500 index rose by 10.9 percentage points.

With rising consumer spending and bullish markets, here are some of the top picks for a recovering economy:

Best Stocks you should Invest in a Post Covid-19 Economy

Intel’s microprocessor chips dominate the computer hardware industry globally. The multinational conglomerate’s revenues have increased slightly over the past year, coming in at $77.71 billion in the trailing 12 months. As one of the biggest companies in the United States semiconductor industry, INTC is expected to profit significantly in the upcoming months, as the country expands its domestic semiconductor industry. The company’s EPS is expected to rise at a CAGR of 5.43% over the next five years. It is currently investing $400 million to convert its Mobileye unit of Jerusalem to a Research & Development unit for producing chips for self-driving cars. On April 30, INTC announced its plans to invest closely $10 billion in Europe to build a semiconductor manufacturing plant. INTC stock has gained 15.48% year-to-date.

Tesla has been one of the most profitable stocks over the past year, with share prices rising 353.68% over this period.  Though the recent slump in the broader electric vehicle industry caused TSLA stock to lose its momentum, it shows immense promise for the near future. As the biggest electric vehicle manufacturer, TSLA is currently dominating three of the largest markets, such as China, Europe, and the United States. The company has generated $35.94 billion in revenues in the trailing 12 months, up 38.11% year-over-year. It is a relatively new constituent of the S&P 500 index. As the EV industry revolutionizes the automobile industry to phase out fuel-powered vehicles, Tesla is expected to become one of the most valuable companies internationally. Biden’s $2 trillion American Jobs plan containing a $174 billion provision for the EV industry is expected to be a key driver for this stock’s post-pandemic growth.

The technology giant is part of the investor favorite FAANG group. The recent tech sell-off as investors focus on cyclical stocks to benefit from a post coronavirus recovery has caused AAPL stock to slump 0.93% year-to-date, and 2.13% over the past five days. However, the company’s impressive financials and bullish growth outlook make it an opportune time to invest in the stock. Also, AAPL’s rapid diversification of operations makes it one of the top players in multiple sectors, such as chip manufacturing, autonomous driving and augmented and virtual reality.  It is one of the four companies having a trillion-dollar market valuation, as evident from its market capitalization of $2.225 trillion, as of May 3. Apple’s trailing 12-month revenues stood at $325.41 billion, representing a 21.43% rise year-over-year. Additionally, analysts expect the company’s revenues and EPS to rise by 54.9% and 28.2% year-over-year respectively, in fiscal 2021. The stock has a 12-month median price target of $159.96, indicating a 20.69% potential upside.

VZ is leading the race to deploy 5G across the United States. Dating back to April 2019, VZ is one of the first companies in the world to commercially launch 5G. The telecommunications giant is aggressively expanding to gain a first-mover advantage in the United States, with plans to make 5G Ultra Wideband service to more than 100 million people by the first quarter of 2022, and to more than 250 million people by 2024. The company’s existing operational segment should also drive its growth in the future, as the demand for commercial wireless and broad internet connectivity rises as offices reopen post-pandemic. VZ has generated $129.55 billion in revenues over the past twelve months. Trailing 12-month Net income and EPS stood at $18.89 billion and $4.56, respectively. Verizon’s net operating cash flow stood at $42.64 billion over the past year, indicating substantial liquidity.

The rising crude oil prices as the global economy recovers bodes well for this energy company. With a market capitalization of $249.02 billion, XOM is the biggest oil and gas manufacturing company in the United States, with trailing 12-month revenues amounting to $182.77 billion. The stock has regained momentum as oil prices recover from unprecedented lows in April last year. XOM stock has gained 76.06% over the past six months, and 42.7% year-to-date. Recent announcements by the OPEC and OPEC+ to undertake voluntary supply cuts are expected to drive oil prices substantially, as demand rises in tandem with the global economic recovery. The worrisome coronavirus situation in India and lower crude oil imports in Japan are causing oil prices to plummet from recent highs. However, the broader global economic outlook indicates that oil prices are expected to recover in the upcoming months. Analysts expect XOM’s EPS to rise 227.1% year-over-year to $0.89 in the current quarter ending June 2021, while revenue is expected to increase by 64.9% from the year-ago value to $62.94 billion over this period.

JPM is the biggest investment bank in the world, with $2.8o trillion worth of assets under management (AUM), as of March 31, 2021. The bullish stock market trends since last year have allowed JPM to consolidate its position as an industry leader, as more and more companies are choosing to go public to capitalize from the optimistic investor sentiment. Though the record low benchmark interest rates have caused JPM’s interest income to decline, the company has managed to offset this loss through its extensive investment and commercial banking services. It is one of the first major US-based financial institutions to launch a personalized digital currency, JPM coin, based on blockchain technology. As major countries race to build a cashless future, JPM digital currency initiative is expected to be a big hit in the United States and a major contender to the Chinese digital yuan. It should be noted that JPMorgan is one of the only major global investment banks which came out of the Archegos sell-off unscathed. The global banking industry, including JPM’s major competitors, is projected to have lost approximately $10 billion from the largest margin call in history. However, JPM, having no exposure to the family-run hedge fund, reported bottom line profits of $14.30 billion in the fiscal first quarter ended March 31, 2021, up 399.13% year-over-year.  Shares of JPM have gained 20.69% year-to-date.

The popularity of social media is expected to grow even after the pandemic. FB dominates the social media industry through its international community presence and widely used subsidiaries. It owns and manages popular platforms like Instagram and Whatsapp, making it the largest social media company in the world. FB is a part of the famous FAANG group and has a market capitalization value of more than $900 billion. The company’s advertising revenues increased significantly over the past year, as most companies developed an online market presence amid the pandemic. The company reported a top-line worth $26.17 billion in the most recent quarter ended March 31, 2021, representing a 48% rise from the prior-year quarter.  Its quarterly EPS improved 93% year-over-year to $3.30. FB has been venturing out to virtual reality and artificial intelligence over the past couple of months, along with considerable investment in the 5G race. FB invested $5.7 billion in Indian technology company Jio Platforms in April last year, making it the largest investment in the company’s history. As the second-largest economy in terms of population, direct investment in India should allow FB to benefit significantly from the digitization of the country.

CAT is the world’s biggest construction equipment manufacturer and is part of the Fortune 100 group. The company is an ideal investment for a recovering US economy, given the booming housing and infrastructure markets. President Biden’s proposed $2 trillion American Jobs plan to reshape the country’s existing infrastructure should increase the demand for construction equipment substantially in the months to come, potentially driving CAT’s revenues to record highs. The macroeconomic tailwinds are reflected in the stock’s price performance, owing to rising institutional and retail investor interest in the stock. CAT has gained 28.23% year-to-date. However, the stock is currently trading at a discount to its industry peers, given its future growth potential.  CAT’s non-GAAP forward PEG ratio of 1.31 is 32.48% higher than the industry average of 1.93. As value stocks tend to outperform growth stocks in the long run, CAT’s current valuation makes it an attractive investment in the backdrop of the recovering economy.

The tourism industry is expected to make a stellar comeback in 2021. Following nearly a year-long lockdown and social distancing protocols, the pent-up demand for traveling is sky-high. With a majority of the developed countries vaccinating a large proportion of their population, cross-border traveling is likely to reach pre-pandemic levels soon. The United States recently announced its plans to vaccinate at least 70% of the population within July 4, which is a potential milestone achievement. Hilton’s luxury hotel chains are expected to witness notable customer traffic in the upcoming months. Analysts expect the company’s revenues to rise 41.6% year-over-year to $6.10 billion in fiscal 2021, and 39.4% year-over-year to $8.50 billion in 2022. HLT’s annual EPS is projected to increase by 1,780% to $1.88 in the current year, and by 106.4% to $3.88 next year.

The gradual reopening of the global economy has led investors to rotate out of this stock, as the need for virtual meetings and conferences is expected to decline. However, the benefits of the remote working norm such as lower overhead costs and rising productivity point to the long-term adoption of the same, as most companies are launching hybrid working models. Working and studying from home is likely to be an option for people post-pandemic, making the video conferencing stock extremely useful. Hence, the recent dip is the perfect opportunity for investors to scoop up the stock. Tipranks provides a 12-month median price target of $444.40 for ZM, based on 18 analyst ratings. Thus, the stock has a potential upside of 45.78% from Tuesday’s closing price of $304.85. Furthermore, analysts expect the company’s EPS to rise 390% year-over-year to $0.98 for the most recent quarter ended April 2021. ZM’s annual revenues are projected to rise by 44.6% in the current year. The rising coronavirus infections in the emerging economies and potential fourth wave fears in the United States should lead to high usage volumes of ZM, translating to high top-line growth in the upcoming quarters.

The United States is shaping the post coronavirus future in many ways, as work, entertainment, and traveling are adapting to the new lifestyle. It is one of the few countries to witness positive growth in the first quarter of 2021. The bullish markets reflecting the country’s V-shaped recovery make the above-mentioned stocks some of the best investment bets at the moment.